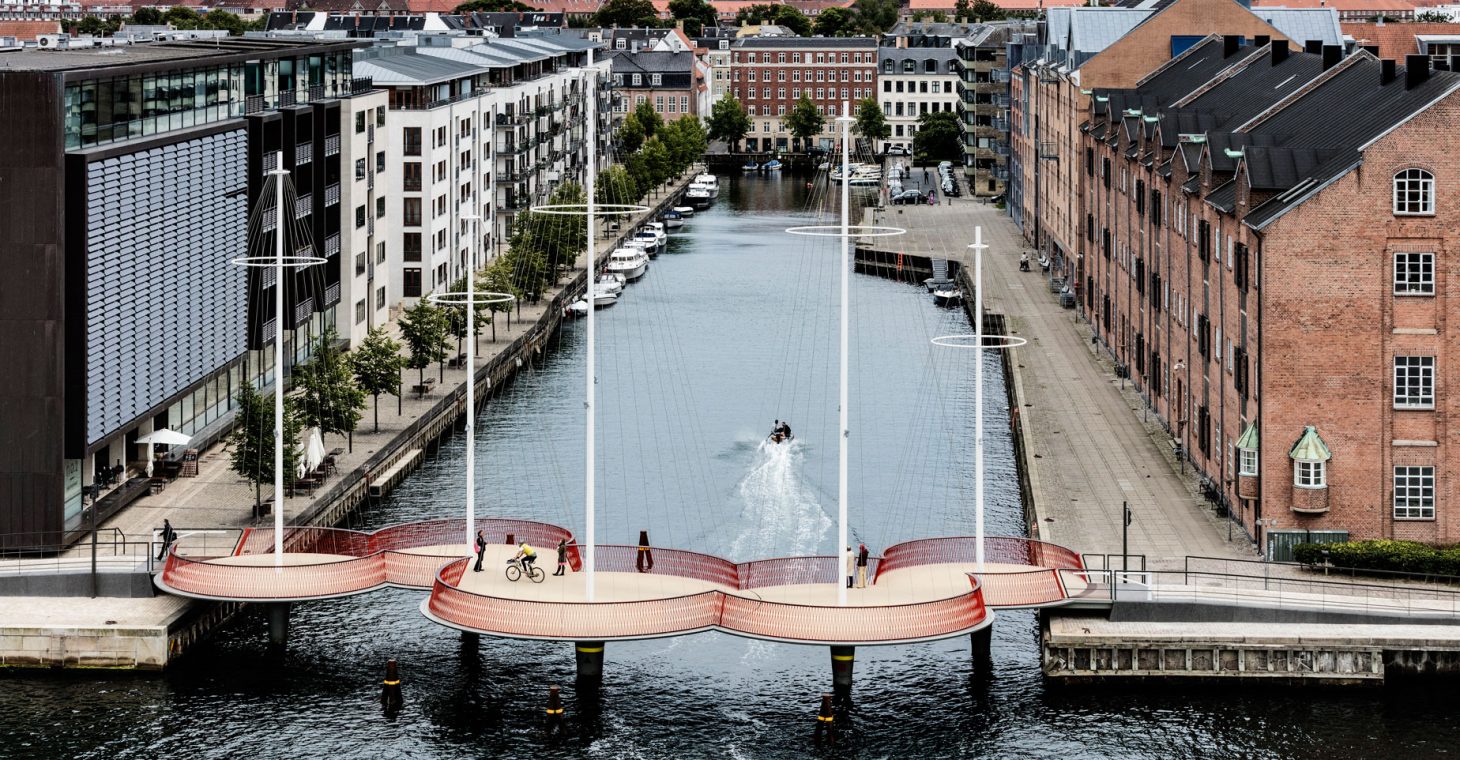 “Very often creativity is actually not in the studio, but it is in how the studio influences the world around it. Once a work of art is done, it is out in the world, on the street, in a museum, in a gallery somewhere. It could be a building, a situation, or a theater play. The potential of the studio lays in this creative exchange, in how we shape the world and how we are shaped by the world.” 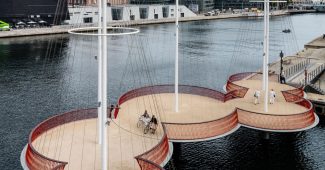 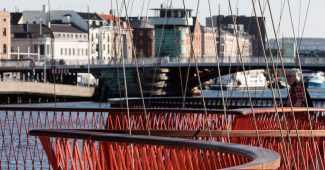 Cirkelbroen, a bridge for pedestrians and cyclists, crosses Copenhagen’s Christianshavns Kanal. Based on the historically and culturally defined local context, the bridge takes the sailing ship as a visual starting point. It consists of five staggered circular platforms of various sizes, each with their own ‘mast.’ The platforms extend across the 35-meter-wide canal, allowing Copenhageners to cross the water while staying dry. The bridge can contract to open the passage for larger boats to pass. The bridge is a reflection on the interplay between city spaces and the friction that water constitutes. Rather than offering the fastest possible passage across the canal, the bridge creates small variations in the way of seeing the city and opens up a renegotiation of public space.
Address