Mr. Béhar, how often do design ideas of yours end up in a drawer?

I think part of being a designer is to fail every day, to try things that don’t work out. In a way, every project fails every day until it succeeds! That’s what the iterative process of design is about. The projects that don’t launch, this is sometimes due to the fact that they’re too early but that doesn’t mean they don’t come back a few years later as ideas integrated in different projects. Timing in many ways is key.

So it is more about nurturing a good idea rather than starting with a groundbreaking one?

Right, one of the keys to success is certainly the ability to time projects to have the right outcome at the right time. In many ways, the work of a designer is to make sure an experience is far enough ahead to be exciting, but not too far ahead to be an alien in our lives. And there’s so many projects that you would define as absolutely the right idea, but it takes them a long time to become an idea of its time. For example, we designed a smart bassinet that provides parents with a way to safely put their babies to bed and encourage them to sleep — that’s a project that took us five years to develop.

It took us years to understand the psychology of parents, to develop the technology, to make sure that we built it with the right sort of health standards as well as the right materials. If that project had been rushed to market and had been less of a full experience, it could have failed! I think in many ways that is really the responsibility of the designer when you work in new categories. In the first hype of a product, your responsibility is not just to the company but to the entire category because if you screw up that first product…

It affects the entire ecosystem of products in that category.

Right, it’ll be much harder for the whole category to become successful afterwards. When I came to San Francisco in the mid nineties, the focus was much more on hardware design and over the last 15, 20 years we have seen the emergence of design-led thinking, of design-led businesses, of design-led experiences and innovation. Being European and arriving here in San Francisco, that line of thinking was certainly transformative for me. I loved being able to talk about new ideas and talk about change and talk about how design can make that change happen faster and in more compelling ways. I’ve learned that you can’t just think selfishly about design. Fundamentally it’s a generous profession. 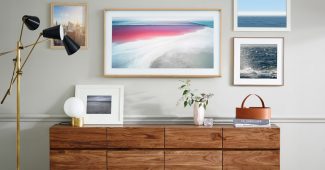 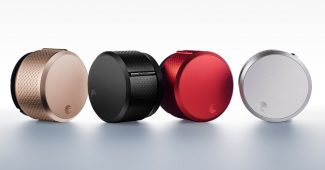 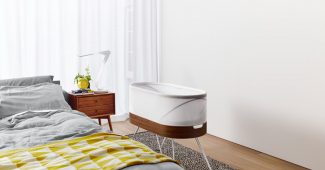 That makes sense. After all, you’re designing products for everyday use.

A few years ago, you said that technology should live solely in the background.

I still believe that! It should be invisible. It should find ways to provide us with what we need, but shouldn’t take us away from living in the moment. I think removing complexity from our lives should be the ultimate goal of technology. We need to start to think about how technology can be more integrated into our lives. We still want the information, we still want the control, but how do we manage those interactions? This was a major part of the inspiration for our smart lock. The original idea was, “Wouldn’t it be amazing if I came to my door and my door unlocked as I approached it?” That means no need for me to interact with my phone, pulling my phone out of my pocket, unlocking the phone, then finding my home in the app and then unlocking the door.

Taking your keys out of your pocket and unlocking the door would probably take less time.

That's why a smart door entry system is something that only needed to see the light of day if it solved that problem. There was no need for me to put more functionality and more constraint on your phone, if that type of interaction couldn’t be reinvented entirely.

“The future is very human in this way: the texture of our lives, the relationships of our lives are the things that are in the foreground.”

Do you ultimately design to enhance experiences?

Well, for me design is about inclusion, it’s about making things better. We’re guided by the possibilities of the future, there’s certainly a utopian space that guides a lot of ventures and new ideas — we try to hold to those ideals, we try to hold to a promising future and build these certain projects with humanity in mind. So, you know, here we were just talking about our lives with fewer interactions via the phone displays and screens. Well, we are all familiar with televisions and how they are problematic: firstly, most of them are black and they take up space that we would rather have for something more personal. Secondly, when they’re on, they’re overbearing with too much light. So the only way to solve this is to transform the television to a smart object that responds to our homes. The Frame is an example of how to consider an object we take for granted and whose problems we take for granted and make it disappear.

And it allows you to bring more art into your home.

Yes, in my opinion, that is probably something we need more of! Less screens means less distractions, and living more in the moment, and I think that’s what people are aching for! They may not be asking for the “invisible interface” because no one knows what that is, but they may be reflecting on the fact that they in a way feel prisoners of the technologies that are out there today. I think the future is made of tactile objects, of real experiences, is made of a collection of artwork. The future is very human in this way: the texture of our lives, the relationships of our lives are the things that are in the foreground. That is one of the principle works that we need to accomplish as designers in the coming years.