Yngve, your sculptures have featured washing machines, kettles, airplanes, and cars. Are you trying to subvert our everyday reality?

I think that there is this reality, and we have to deal with it in some way. My reality right now is that I fly too much. I’ve always loved looking at planes and trains, so when I started making work, it's always been about stuff that one sees every day but just doesn't really see anymore because it's in front of them so much. It started with the kettle, which is kind of like this futuristic plastic object in your kitchen, but you don't even really look at it. And then I guess it became the same thing with planes. I just started looking at the window details, or seat details, carpet details… It’s a large part of our lives, right? I sit in the car so much, I sit in the train so much, I sit in the plane so much.

It’s easy to take inspiration from places that you spend so much time — for some people it’s nature or their studio, for example.

Right, for me, it just felt like a place where there's a lot to take from. Also, I never had my driver's license until recently so I was also thinking a lot about being in the city and just being surrounded by all of this bulk material of like matter that drives around you. I just started looking at it, and once you start looking at it you just can't get away from it. So, I guess I often make work about these things that I get stuck with in some way.

“I'm interested in form. Every object has kind of history and a form and a shape.”

What other objects have you found yourself getting stuck with lately?

Cars are easy because they are just there, the rims are so mass produced, they’re around you all the time. I’ve been thinking about elevators recently… I’ve also been looking at a lot of shutter gates and stall gates at the moment. I don’t know what to do with that yet. In 2014, I started working with the spare parts industry…

There is a whole industry around spare parts for things like mashing machines or cars. If you are missing a certain piece, you can order it and it would just come the next day. I thought that was interesting, you know, you can order that in one day but for a specific art material, it can take weeks! (Laughs) They're very efficient. So I was asking myself which spare parts can you order? Which ones can't you order? Washing machines are easy, too. Then suddenly Samsung washing machines were not so easy because you needed to be a certified plumber to order certain parts. Cars, you just tell them your car number and you order it. CT scanner fronts that I used for some pieces were more difficult, because they would ask which hospital I was working at.

And how did all of these parts come into your work?

I started tapping into this industry, kind of trying to link that with my travel experiences and also to my fear of flying. So the works turned into model airplanes that were then just crowded on a honeycomb, kind of like these plates of an airplane floor? Then they were put on top of these washing machines that were gutted, it reminded me of an airplane just being like a metal tube with a lot of rocket fuel going through the sky. So… It’s a lot of weird associations that made sense at the time.

Do you think that using these everyday objects, especially when you cut them up or destroy them, makes them more special?

No. I thought the cutting up process… Those pieces came from an idea of looking at the kettle every day and just waking up, and not really having an idea really. So you wake up, you make breakfast, you make tea, you boil the water and then just like these metaphors come into play. “Cooking up an idea.” I thought maybe the water kettle could just be like a metaphor for a brain that thinks of something, like, let's cut this breakfast or like this kettle in two and see what's inside. But you know, sometimes I'll also think like, why do I cut stuff? Wouldn’t it be nice if something is kept in one piece and then it could just disappear and be used as the part it was originally intended for? That would also be nice, you know? 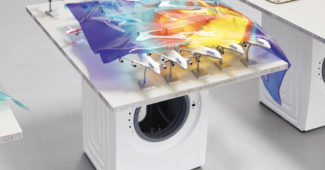 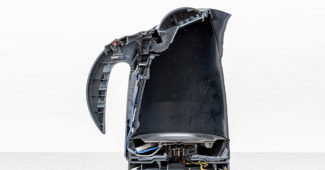 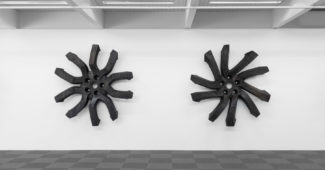 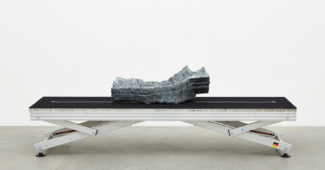 Could you ever see yourself depicting these objects through painting or photography?

No, I'm interested in form. Every object has kind of history and a form and a shape. And I think that's in some way very interesting. I have a problem dealing with flat images just because I find shape to be so interesting.

How do you reconcile that with something like your ETOPS series, which is a sort of magazine with text and images?

ETOPS started in 2013 as an additional product, kind of like a fake inflight magazine. It was just a catalog for my show in Norway called Extended Operations. So it had photos of flying, and there was two texts introducing the work. We also had this anonymous interview with a pilot. I just loved that format of being able to ask a pilot these random question that I wanted to know. Have you ever crashed into birds? What’s happening in the cockpit? What do you do with the locked door? How bad is the water on the plane? And he could also answer quite freely because I was always clear that the name wouldn't be on it. The format of anonymized interviews became quite interesting, so we went through a number of topics. A few months ago we did one on the brain. Basically it came from an idea that if I want an object to say something, it would be like an illustration of language in some way.

An illustration of language?

Yeah, I’ve always thought that research is interesting, so I wanted to try to put that research into objects that can't say anything. I don't think you learn anything from the automotive industry if you look at my art necessarily, but I think there's different contexts being mixed. I also just liked the idea of making a magazine where, for example, you're using your own brain to read about your brain. I wouldn't say it's like an entry level neurobiology book or something where you just read it and you get the story… It’s just a mood, you can just jump into different fields and get what you want out of it.