Willo, although you’ve been a creative director for over a decade, you avoided doing any press until recently. Why?

Well, I chose a career — or maybe the career chose me — but I picked something that was always very much a behind the scenes role. For me personally, I think a bit of age and perspective has helped me realize that it was okay for me to talk about my methodology whereas if I'd done that in my twenties it would've been bullshit. There’s definitely some wisdom that's been acquired and I feel more certain about things that I want to talk about.

Apparently you were also hesitant because you didn’t want to popularize yourself through your work with specific big name artists like Rihanna, Kanye, or Drake.

You know, I joke a bit about every time I've done one of these things it eventually winds up being a Kanye question or a Savage Fenty show question, or a question about the flying Ferrari I did for Drake’s tour… These are all great projects and they're all great people but it's like is my tombstone going to be like, "Willo, the guy who did the yellow Ferrari." You know? (Laughs) “The Flying Ferrari Guy.” For me, working with these bigger than life personalities… They were the lightning rod in the relationship. They were the actor in the film, and I just didn't have to put myself in front of ideas until now where I just feel much more comfortable, like my taste and opinion is a through-line now.

“The term creative director has become a song that's played too many times, you know?”

Do you feel more like the actor in this analogy now that you’re putting more of your own ideas out there?

Yeah, maybe like writer-director-actor. Not to say that all of these great cultural figures don't have a huge or majority part in the role in their own film or lives; it sounds like I'm puppeteering all the things. They're all incredible in their own right. We're fortunate that we have this cheerleader in front, which is doing these big celebrity projects, but at the end of the day, for us, it's just the icing. The main part of the business doesn't really rely on that as much, we do a lot of interior projects, a lot of print and branding projects. The celebrity stuff just gets more exposed and more media.

I think in the past couple of years, people have also generally become more interested in the actual work of creative directors, rather than just the celebrity star of the show.

Sure, and I think every generation sort of peels away the onion, you know? People didn't know chefs, for example, they knew restaurants. Now they know the chefs, and they know the chef's personalities… But a few years ago, these were very much people behind the scenes. You'd have your occasional charismatic chef that knew everybody in the restaurant but for the most part, people worked behind the scenes. Look at fashion designers! It used to be like somebody would do a show and you would have this coy nod from backstage, and now the fashion designers become these iconic characters. Marc Jacobs is in his own ads! It's totally changed.

Right, it had like a real a point of entry before! It was like you had to first start by doing other things to get to that point. Like, you couldn't just direct a film without knowing about cinematography or lighting, or whatever else. You didn't just show up and direct a film. And I think that you can now. The term creative director has become a song that's played too many times, you know? It was everywhere to the point that it would drive me crazy, and now it sounds like something that would play at a bar mitzvah. Today you can be a creative director, even a good one, without even having practical design skills. 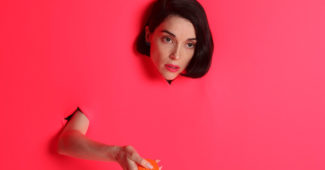 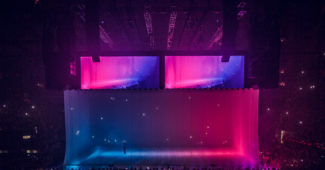 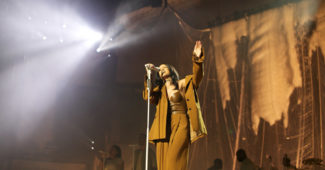 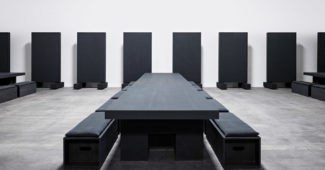 Is that frustrating because you’ve actually put in the work and honed your skills?

No, I think that there's always going to be new challenges and reinvention. I think that sitting back and being like, "Ah, the youth sucks,” that’s when you start eating at your own thing. I just don't feel like I fit in the group that currently refers to themselves as creative directors. For me, the term just sounds like a hollow thing that doesn't have a lot of substance. I feel like I rely more on my work than the title; I think if you look at my body of work, it starts to make this interesting tapestry of different projects and aesthetics and ideas. I never wanted to be one of these people that was very singular or had an ideology that was absolute.

Would you say that kind of curiosity is essential to any creative person?

I think curiosity is crucial to humanity! I think that there are certain people that knew exactly who they were when they were six years old, and there's certain people that'll spend their entire life getting to that same conclusion. I admire people who do one thing really well… It’s like the sandwich place that makes one sandwich that’s incredible. The person who perfected the one sandwich, or the one shoe, or the one pair of jeans is equally as great as somebody who's constantly in development and growth. I feel like I'm the latter but there's room for both. There's not a clear solution to how things should be done, and I think trying out different things and permitting myself to fuck up, that’s what led me to be able to do things with more confidence. .

So what’s more important, having good ideas or having the confidence to put forward your ideas whether they’re good or bad?

“The decisions are never made because of money. It's always out of passion.”

Does that mean you entertain all ideas from your clients, or have there been times where something has just been impossible?

I mean, most of the time it's like, "Oh, that's not possible, but let's see how far along we can get on this journey." And I think that that makes you a better, more capable person for the next crazy thing.

Do you think that your reputation and, obviously, the success or fame of your clients is essential in making these ideas a reality? If you were still working in the DIY scene, surely you wouldn't be able to do what you're doing in the same way.

I mean, of course money moves mountains. So the DIY version is definitely going to be a bit more difficult… If an artist really wants to do this idea, you'll have way more ease doing it for a big client because people will at least be able to talk about, it will be a news story, it will get exposure. But for me, the decisions are never made because of money. It's always out of passion.