Umit, how would you describe the current state of the fashion industry?

The industry is completely showing off and everybody is just trying to sell. Of course this has always been how it is in fashion in some way but I feel like now things are getting out of hand. It’s going too fast and everyone says it’s going to explode at one point but no one knows how or when. I used to want too much as well, I also wanted to sell a lot. So I was hiring people for sales, for management, for this, for that and if you do so, you have to listen to them as well. Even though we were selling much more and the company was doing super well, I felt like I was losing my identity.

Because the sales strategy was influencing your designs?

Exactly, for example, if I’m doing knitwear, I say, “One of the season’s colors is green.” So there are two greens: one is the one that I would like to wear, and the other one is a green that no one has ever seen. If I use the green that they’ve never seen, they’ll write about it. But the other green, the one I would wear, they’ve seen it. So in those situations…

You would go against your instinct?

Yes, I would go for the new one. But then I’m not wearing it, so it’s wrong and I would regret it! But if you do the one for yourself, maybe they won’t write about it. With the shops it’s the same, we would show some pants, for example, and no one would order them. The next season we’ll do new ones — but I’m wearing the old ones during the sales campaign and they’ll say, “We love those pants, do you have them?” I said, “Are you kidding me? I had it last season, you didn’t order it, and now because I’m wearing it, you’re saying you want to buy them?” So all these things, when you’re a creative person, it really fucks your mind up. You say, “What am I going to do? Who am I going to make happy?” I started going more their direction than my own direction.

At least you didn’t let them convince you to stick your logo everywhere like everybody else these days.

I couldn’t! Since I was a little kid the first thing I was doing was ripping the tags off of my clothes because I didn’t want people to identify what I was wearing, even the most expensive ones. So, then I became a designer, what am I going to do? Stick logos all over? No. It wasn’t the right thing. But then, people want to show that so you need to do that for sales.

How would you describe the balance of interesting and commercially viable in your designs?

I think that no one does what I do in the sense of working with the fabrics of Hermès, those sophisticated colors but with the attitude of Supreme. I try to work on that state of mind. Something super casual, cool, but done with the best fabrics, the best manufacturers… And men’s fashion is going super dark when you think about it, or you have super classic ones, but you don’t have the classic ones with this attitude. But if you do something really interesting, they say we need something more commercial. You do something commercial, they say we need something more particular. It drove me crazy! So while you’re sketching, you’re continuously thinking about those situations. 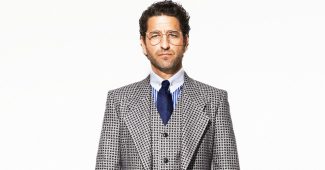 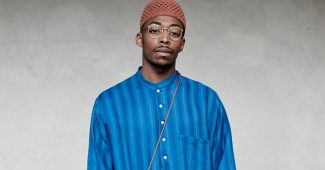 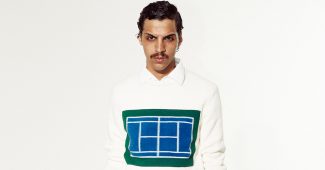 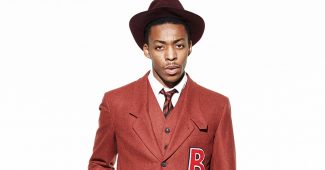 So what is your solution to that problem?

I did like 180 hours of therapy just to reset everything! Work, personal life, everything. When you’re creative, you’re thinking nonstop about work. And if you spend all this time working, why do it any other way than your own? It was driving me crazy! So I thought, “Fuck it. I’m going to do what I want.” Of course, you have to make sacrifices, of course things will take longer but if you’re not well, it really doesn’t matter how much money you make. So now I’m working on my own terms. I cancelled everything. I cancelled all my contracts with stores and I’m going to go directly to the client through my website.

You cancelled your runway shows as well, no?

Yes, because I started to feel like a 3:00 pm designer. I saw that people were extremely stressed coming to the shows because they had to be somewhere else 20 minutes later. It didn’t matter what my name was or what I was showing, because at 4:00 pm and 5:00 pm…

Exactly, and you know how it works with the PR companies, they say, “No, we’re waiting for this person to come, we can’t start yet.” Or you receive a phone call that someone else is skipping the show because they’re stuck in traffic and it’s too late. Doing the shows, I think that’s still super exciting, the explosion of the creativity, the moment… But it needs to be more of a celebration. And I wanted to celebrate but instead I was spending hundreds of thousands of dollars for eight minutes of runway time while still being influenced by others.

For example I did a show that was inspired by the Cartagena Tennis Club in Colombia — imagine Pablo Escobar playing tennis on a weekend. I was going to play tennis myself during the whole show and I trained for five months for that moment! But the sales team said that if I did it, people would only be writing about me playing tennis, no one would write about the clothes. So I cancelled the whole tennis thing. But then after a year and a half, I regretted that decision so much. It was a great show but that moment would have stood in people’s minds. I realized that when I start to listen to others more than myself, that’s when I think I started losing my passion towards it. I needed to regain control and that was only possible by resetting everything. No more PR agencies, no more shows, no more shops, no more anything.

“I’m doing things more personally than ever before. That’s who I am and I have never been this happy my whole life.”

Do you work in terms of seasons anymore at all?

I don’t have the Fall/Winter, and Spring/Summer stuff anymore, even on my website. I have new arrivals and all the other stuff but it’s more projects than seasons. I go to production whenever I feel it's ready, not when the industry tells me to. The contracts with the stores have run out now, so I am the only reference for my work. I’m doing things more personally than ever before because that’s what my project is based on, that’s who I am and I have never been this happy my whole life but it was a long road to get here.

Did you ever think about quitting altogether?

No, I’m not going to change my job because I really love clothing. I really love designing. When you’re working within the system, you really only work one month on the collection and the rest is only business. You don’t actually have six months to work on a collection. Now, I’m really so much more creative because I have more time to design, more time to try things. I want to take care of it in my own way.