Mr. Paglen, your art deals with the dark themes of mass surveillance, data collection, and state secrecy. What kind of reaction are you hoping for from your audience?

And I guess that can only happen when we open our eyes to what’s really going on in the world.

Right, I mean, when you’re making art, your job is to learn how to see the world around you and recognize that anything that you’re going to look at, other artists have been looking at for thousands of years. So you need to contribute to this conversation, you need to contribute your chapter in that book. So, you know, for Turner, that was: “In the early 19th Century, the sky looked like that.” For Marcel Duchamp, it was: “A person walking down the staircase looked like that.” And for me, it’s: “This is what the world looks like.” Obviously a lot of the material that I look at has a lot of political content, there’s a lot of research that goes into it, I’m looking at things that are not really art for art’s sake in the same way that abstract painting would be. That’s art about art, in a way.

“An artwork does not make an argument in the way that an editorial in a newspaper does.”

Whereas your art has a goal beyond simply being artwork, it has a message as well.

There isn’t a message as much as there is a way of seeing. And those are really different things, right? It’s a lot of art references, but it’s not just self-contained, it’s looking out at a bigger world… But I don’t really think that’s something that can come across in art making or exhibition making very much. In other words, an artwork does not make an argument in the way that an editorial in a newspaper does. It doesn’t make an argument in the way that a journal in a scientific publication makes.

But surely your pieces about the invisible surveillance tactics used by the government have made a noticeable impact on people’s perception of it.

I think historically we think about the term “surveillance” in terms of like, surveillance cameras or police. And that’s all a part of it but Google is collecting more information about you than the NSA is collecting about you. And their incentives about what to do with that information are different, right? They want to sell you something or they want to sell information about you to somebody else. There is an aspect of this surveillance capitalism that is about policing and about forms of state power but there’s many other aspects to it that are much more consequential aspects in terms of your every day life: if I’m Google, and I can track everything on your phone and I know that you go to a bar every night, am I going to sell that information to your insurance company? If I’m your car manufacturer and I have chips in your car and so I know whether you’re speeding or not, am I going to sell that to your car insurance company?

Of course they will; that is an intrinsic part of their business model.

And they’re very open about this! In the future, you won’t pay a car insurance bill every month. You’ll get in your car and you’ll say, “I want to go to work.” And the car will say, “Okay take this route.” If you want to take a different route, no problem, but it’s going to be like 10 cents more on your insurance bill for this. And this will be happening in many different aspects of your life. Data collection and interpretation has a really direct effect on your life. And of course that will accumulate, so that will have long term implications as well.

More so than with commercialization, long term implications are something that spark a lot of panic where government surveillance is concerned — like, will something I said to someone via text message 10 years ago one day be used against me?

Right, and I think we should have the freedom to fuck up and make bad decisions and have bad ideas and not have your life be characterized by that. There is a benefit that we get collectively as a society by having there be interactions that we have with other people, things that we do in private, that are not surveilled, that are not recorded, that should not have consequences. I think a lot about this, actually: what is anonymity as a public resource? In the same way that, for example, oxygen is a public resource. 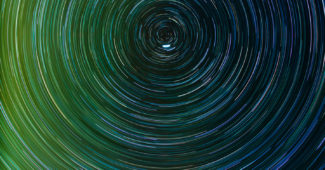 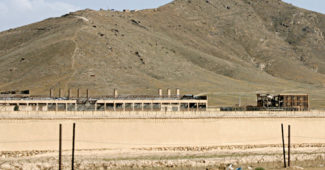 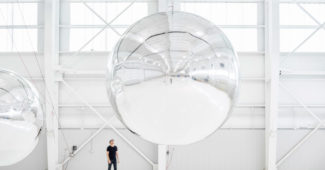 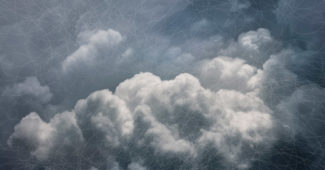 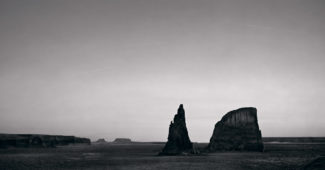 Are those kinds of questions what first sparked your interest in this topic?

I think some of my earliest projects in the 1990s were looking at prisons in California, like where are the prisons? Why do they look the way they do? How do they live in the landscape? And then in the 2000s, obviously there was 9/11 and the War on Terror, and the signature institutions of that turned out to be prisons: Guantanamo Bay, Abu Ghraib, the secret CIA prisons around the world… During that time I was thinking a lot about secrecy and prisons because that’s really a crucial part of the architecture of that moment in time, at least from the American perspective. It’s funny, when Barack Obama was elected president, a lot of people were like, “Oh Trevor, your career is over now because all of this secrecy is going away.” (Laughs) That turned out not to be true… It just makes me think that while the world is always changing, some underlying things are definitely repeating.

Would you say you’ve become completely desensitized to that fact over the years?

No, I mean, when I look at the Snowden era stuff and the work I was doing for the film Citizenfour, I think what was most shocking to me was the sense of impunity, the sense of the American military really believing they could do whatever they want to whoever they want in the world and doing exactly that. That was jaw dropping.

There is so much research that goes into projects like that one, or even your series of photographs exploring the world’s hidden surveillance sites. Have any of your projects turned out to be impossible to finish?

I’m usually too hard headed and I keep trying and keep trying even if something feels like it’s not going to work for a long time. Orbital Reflectors is a good example of that; I worked on that for 10 years. That process of learning is actually very real and there’s a lot of work that goes into that. There’s a lot of logistics that go into the projects that I do and a lot of organization, a lot of expenses. It’s suicidal! Friends of mine that own businesses look at my studio’s budgets and they’re like, “Your R&D costs are so out of control!” Anybody would look at this and think you’re crazy when you’re doing that.

How do you feel when you finally get to see a completed piece after all that?

(Laughs) It’s really a combination of excitement and relief. The excitement is like, “Oh wow,” you’re seeing a thing and you’re maybe the first person who’s ever seen this thing before. It’s like finding a treasure or something like that. But at the same time, it’s really a good thing finding this treasure because I’ve already mortgaged it, I’ve already sold the treasure in order to pay to put yourself in that position to see it.

“You can only learn stuff and you can only do something new if you can fail while you’re doing it.”

But those risks are probably how you get the best results.

A lot of it is simply learning about whether or not you can even make an artwork in the first place. So for example, when I was looking for those undersea cables for and trying to imagine that body of work, I didn’t even know if it was possible! Like, in order to figure out if its possible to see the NSA-taped undersea cables in 2015 or so, you would need to learn how to scuba dive, you need to learn underwater navigation, you need to learn something about underwater bathymetry and what does the landscape underwater look like? Where’s the sand? Where’s rocks? Where’s reefs? How do they behave? Then you need to hire boats and hire crews of divers and you need to develop methods for conducting searches underwater… And that’s all only to see whether it’s possible to do the thing that you’re imagining might be possible.

That is a lot of work just to explore an idea that might end up being impossible.

That’s why I moved a lot of my studio to Berlin as well. I was just noticing that it was so expensive in the US and I want to have that sense of safety to be able to explore and to be able to fail. That’s really important to me in terms of doing art: being able to fail. You can only learn stuff and you can only do something new if you can fail while you’re doing it.