Mr. Mayne, how would you describe your relationship with architecture?

Architecture is the oddest profession. In the beginning you're very much involved in finding your voice and locating yourself artistically. For 25 years you're working with small projects, domestic projects, things people will trust you with like cafés and small work. And then you mature at 50 and you're given your first projects. It’s like that across the board — very, very few people break that. Especially in the US, you're starting at 45 or 50 so the prior time, you're very much involved in finding a voice and you’re involved more within the aesthetic of architecture.

What changes when you start doing larger works?

Well, by nature at that point, you’re starting to invest yourself in social, cultural and political projects and for me, that came on quickly because when we took off it happened very, very quickly. We were doing public work: courthouses, public buildings, projects that were connected to cultural and political phenomenon. Architecture by nature is a social art form. You are aware of this as a kid through your education, so there is long period where you are working on the art form but you don't have an opportunity to use your interest. In my case, when we started doing work that was clearly in the environmental realm, all kinds of articles were written, like, “What happened to Morphosis and Thom Mayne?”

“Design no longer has to be the singular focus — or even the focus at all in some ways.”

But those socially or environmentally conscious buildings were always something of interest to you, you were just never given an opportunity to work on them.

Exactly. It’s there the whole time, you just don't have an opportunity to exhibit that. And with the larger work, it’s impossible not to. We became instantly kind of known for our very aggressive buildings in terms of energy. You change from being a designer, meaning you are a classic architect, forming something, to being much more of a thought leader and a strategist. All of a sudden, the design just comes naturally. It's been developed and it no longer has to be the singular focus — or even the focus at all in some ways.

Like with your design for the Cooper Union, where the staircase in the lobby was created as a social gathering space instead of just a vertical bridge.

Right, that became the primary public focus of the building. The stair is secondary. In our conversations with Cooper very early on, it became evident that one of our major tasks was about connectivity and social discourse and interaction and promoting that. That was the goal. But design is seen as quite autonomous these days.

Like people still care more about the design itself than the meaning behind it? 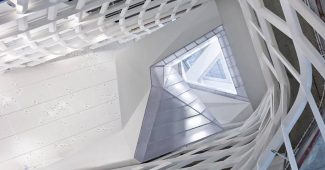 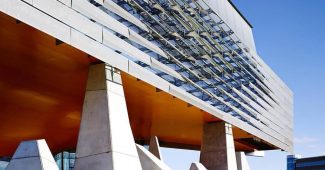 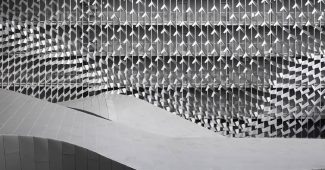 Why do you think that is?

It’s happened like that ever since I was a student. There is a division between social responsibility and the formal guise. I’ve broken that in every way and they don’t want you to do that. They want you to be left or right, one or the other. That’s one of the things that makes it so fascinating; you live in your brain, isolated in your own world and you’re immensely engaged, moving at the speed of light, back and forth between your creative internal world and the external world. It seems like the public doesn’t want to acknowledge it should be both. I would say that’s the definition of architecture.

After so many years, are you getting tired of all that back and forth?

No, that makes me an architect — that’s my life. I move back and forth. If I wanted to live in one world I’d want to be Coltrane or Mingus or I’d be a poet or I could paint. Architecture is absolutely embedded and it’s inescapable. You know, it’s funny, when I was in my fifties, friends of mine who went into surgery or other professions were peaking and talking about, “When am I going to retire?” And you’re going “Damn, I haven’t started yet!” even though it seems that now you’re a grown up and you’ve paid certain dues. I think it’s just a classic thing that happens in this profession. I’m now in the position to nurture, guide, and have conversations with younger architects and I can see it with much more humor.

Was there a time when that outlook didn’t come as easily?

I used to get incredibly frustrated! I was out of control for a couple of years, I was just so angry and it was... I couldn’t contain it. But it’s something that takes place that seems to be quite common because of the late maturation in this profession. The pragmatic component is much more powerful in terms of how they see you: they’re less interested in you as an artist, they’re more concerned with how you’re going to manage the millions of dollars of their project.

“I always had that immense belief in giving people as much control, power, responsibility as possible and let them find their breaking point.”

I guess you get used to it over the years.

Decades, actually! (Laughs) You come to see work as part of your life. My parents are divorced, my father left when I was eight and I had to take over. Then I started working when I was twelve and so I guess I was just naturally kind of thrown in the world young. I used to complain about it when I was younger and now I look back and go: “Lucky me.” I was just given responsibilities and they weren’t painful. They were a pain in the ass at that time as a kid, of course, but you just did them. It was not a vacation. But that’s come to be part of the beauty of teaching these younger architects. You get to try to be useful to people.

The architect John Enright once said that your teaching method basically involves giving really smart young architects more work than they can handle to see if they rose to the occasion.

(Laughs) I’m an optimist! I believe in young people — how could you not believe in young people? You have all your intelligence on board when you’re 13 or 14. You’re getting more knowledgeable, but you’re not going to get more intelligent. But I always had that immense belief in giving people as much control, power, responsibility as possible and let them find their breaking point. I love being a guide in that way. It’s just intoxicating; I’ll never stop teaching, I love it.