Women: A Century of Change and Women: The National Geographic Image Collection are available via National Geographic.
Emerging Masters
Rolex is proud to support The Talks’ new interview series about the cultural leaders of the future.

Ms. Goldberg, as the editor-in-chief of National Geographic, what do you think makes journalism so powerful today?

I think the things that make journalism powerful now are the things that have always made journalism powerful: telling true stories about powerful people, about not powerful people, about people who have no voice. It's powerful to shine our journalistic spotlight into places where there is great inequity and where there is wrongdoing because that is how things can get fixed. Only when people know these stories can things get better, and we can make a difference.

How do you ensure that the stories you’re producing at National Geographic make a difference? Is it in the DNA of the story, or can any story make a difference as long as the writing is good?

“I do think that we can, through our reporting, change people's thinking and empower them.”

You once said that reading the reporting about Watergate and the Vietnam War as a young person deeply affected you because both showed how uncovering the truth could change the world.

Yes, I can remember growing up in the 1960s, there were just incendiary protests going on every single day about the Vietnam War. And then my family would gather every night at 6:30 to have dinner and watch the evening news, and you would see the reporters in Vietnam uncovering what was really going on and you could contrast that with the statements coming out of the then Nixon administration. And it just sat in my mind that, that reporters, people who are truth-seekers, have this ability to enlighten people about what's really going on. And that has been a motivating force for me in every place I've ever worked. It’s still something I believe every single day, and at National Geographic, I do think that we can, through our reporting, change people's thinking and empower them.

What kind of truths have you uncovered throughout your career that you feel have brought change to the world?

Sometimes it was as simple as getting people information they needed. In 1989, when I was city editor of the San Jose Mercury News, there was a huge earthquake called the Loma Prieta earthquake. It was a 7.0 on the Richter scale. Dozens and dozens of people died and the lights went out all over the Bay Area — and so literally, people were in the dark. But because we had generators, we were able to publish a newspaper. Being able to deliver the newspaper that day to help people understand that they were not alone, telling them where people were hurt or had been killed and where things were okay… I feel like that is the highest bar of what we can do as journalists: helping people understand what's going on in their world. That's something that has always always stuck with me.

And what kind of truths have you uncovered about yourself?

Gosh, I don't know… Those are all the hardest truths. I know that I should probably take a deep breath and count to 10 sometimes before responding. As I have progressed in my career, it has struck me that I should talk less rather than talk more because I need to listen, especially to the quietest voices. I've learned that I need to surround myself with people who view the world in different ways than I do because none of us have the complete right answer. And so hearing from people who have totally different perspectives because they came out of different places has been so helpful to me in that respect.

Some of National Geographic’s best work under your leadership was born from these different perspectives: 2017’s Gender Revolution, 2018’s The Race Issue, and this year’s Women: A Century of Change come to mind.

We've been covering the human journey for 130 years. And our challenge now, of course, is to cover it in a modern way — not only the stories that we choose to tell, but the platforms that we tell them on. And to me, whether it's race or gender or this latest issue on women, these are the perfect moments to have these conversations. We really want to be part of this zeitgeist, part of that national and international conversation. If we're going to do an issue on women, of course, we should cover it in its fullest measure, in its most inclusive way. 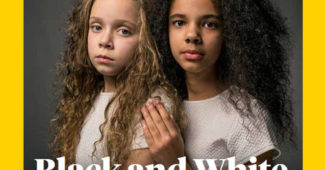 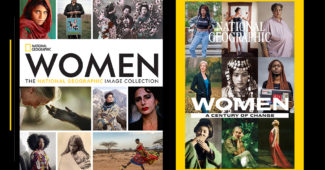 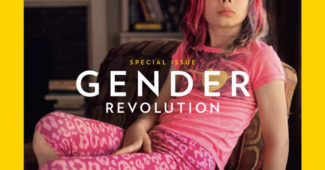 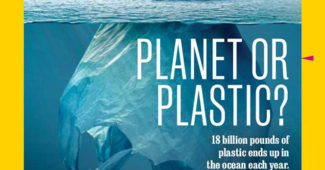 How did you accomplish that?

Well, in the issue and also in the coffee table book we published alongside it, we spoke with this incredibly diverse group of women of different ages, different races, different jobs, different backgrounds, different countries of origin; everyone from Oprah Winfrey to Nancy Pelosi, Jane Gooddall to Alex Morgan, the US soccer player. I talked to them about their thoughts about the state of women all over the world, what needed to change to even the playing field for women, but also about their own journey and their advice to younger women. Not only does the issue feature all these incredibly accomplished women, but it was also written and photographed entirely by women. So I am very proud of that issue, just like I was proud of The Race Issue, or the gender issue in the same way.

and The Race Issue both made waves when they were released — the featured topics, like the gender spectrum, or the science behind the concept of race, were considered by some to be controversial.

Apparently for The Race Issue you also brought in a historian to help you “do the issue right.”

Yes, and I think that actually in some ways race was a little bit tougher than gender or some of these other issues. One of the things I've learned in being the editor here is that sometimes people of color have told me that they didn't always really appreciate our depiction of people of color, that they've felt exoticized or ignored. So I did think when we were going to examine how race plays itself out and look at race really as being a social construct rather than as a scientific construct, we did need to start looking at how we have depicted race at National Geographic over the years. And so that is why I wanted to bring in an expert to help look through those archives. It's very hard to cover yourself.

Would you say that this idea of “doing it right” is crucial to having the courage to follow through on topics that not everyone agrees with?

Absolutely. Like I said, you think about your decisions and how some people will interpret them, and you know that not everybody will be happy about them… So to me, doing it right means that you’re able to explain it to the reader, or a journalistic publication that maybe questioned your decision. How would you explain this to your boss? How do you make sense of this for people? If you can do that in a way that you think is authentic, that you think is true, then I think you can be brave enough to follow through with it. To me, it’s just about doing the right thing.

Have there been many times in your career where you’ve followed through on a conviction that no one else really believed in?

I think it happens a lot! I’ve just turned 60, so I've been thinking about this a bit. And it’s become very clear to me that my career really unfolded in this time of societal change: I've been the first woman this and the first woman that a lot of times. Lots of us have experienced being the only woman in the room for different meetings and different situations. That has really been something I've dealt with a lot over the years. I would just say that as I look back on my career, just the ability to do it sometimes meant overcoming and pushing through some of those personal doubts I had and just pursuing my passion to be a journalist because it's all I've ever wanted to be.

Where did you find that strength to push through?

I kind of look back to when I was a very young woman, just starting out, and I think I got a lot of confidence from my parents. When I was 20 years old, I was the summer intern at the Seattle Post-Intelligencer. At the end of the internship the editor came up to me and said, "Hey kid, why don't you stay on as a full time reporter?" I said yes, but then I had to do something really scary, which was to call my dad, who was a college professor at the time, and say, "Pop, I'm dropping out of college and I'm going to stay here in Seattle as a full-time reporter."

What was his reaction?

There was this really long silence… But then my dad said eight words that I least expected him to say: “Good for you, Susan. We're very proud of you." And I look back on that moment, I think, not only did he say it was okay that I was doing this, but I think that kind of encouragement and endorsement of my choice gave me a lot of confidence that has really stuck with me. I do look back at those kinds of moments as being very pivotal for me. I didn't realize at the time how important it was, but that belief that they had in me and my abilities helped me so much.

Emerging Masters
Rolex is proud to support The Talks’ new interview series about the cultural leaders of the future.
Women: A Century of Change and Women: The National Geographic Image Collection are available via National Geographic.
Life