Mr. McCurry, is it important for you to tell the stories behind your photographs?

How do you hope that your photos are interpreted?

For me, they’re just a whimsical, poetic look at this commonality of humanity. I think the best photos stay with you, they’re something that you can’t forget. Henri-Cartier Bresson, for example, I think his work was about humanity and the world we live in and I think it’s still completely relevant today. I think it still holds up perfectly well. Do you know the photographer André Kertész? He is a great Hungarian photographer who did a book on people sleeping back in the seventies. I felt very inspired by that. I thought it was a wonderful kind of poetic piece.

“I am fascinated with all kinds of human behaviour.”

What was it about those photos that stayed with you?

I am fascinated with all kinds of human behavior. I’d love to do a book on people playing, people working, festivals, couples… The universal activities, you know? It seemed like to do my own sort of interpretation or homage to Kertész would be a fun thing to do, so that was the idea behind my book, On Reading. It shows a human activity that we all do: reading. Rich and poor, young and old, every culture, we all love to read. It’s one slice of life of what we do as a species, with photos taken all over the world from India, Afghanistan, Yemen, Kuwait, Tibet, Italy, Cuba…

Travel is a crucial element to your photography. You first left the States to travel around Asia in your twenties. What was the attraction to such a journey?

I remember seeing a photo essay by a really wonderful New Zealand photographer called Brian Brake. He did a story on the monsoon back in 1961, I saw that and it really impressed me. I thought, “Wow, I really want to go and see that for myself.” It seemed very dramatic and somehow magical. 20 years after Brake published his essay, I went to India and saw those same scenes for myself. 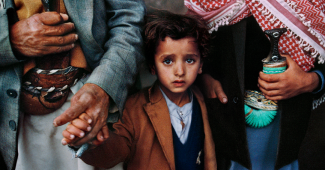 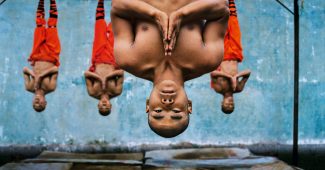 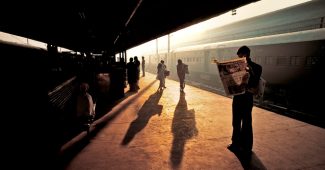 What do you remember about that first visit to India?

I remember I was overwhelmed by the amount of people… I remember the smells were very strong. It was a bit overwhelming, just the mass of humanity.

No, I travelled there with my girlfriend at the time. We were a team, we were both photographing and she was also writing.

Is it a challenge for you to work in tandem with a journalist given that it’s so important for you to leave your photos open to interpretation?

Well, a writer and a photographer work in very different ways. There can be a collaboration where you compare notes, and that can be really great. But a lot of times, you work at different paces and you work in different ways. If you work for a magazine, like with my relationship with National Geographic, for example, you don’t really have any control over the design or the selection or the words that accompany. So it’s another thing. When I do my own book, of course then I have control over everything and the choice of the text. I recently worked with a dear friend, Paul Theroux, who is one of the great writers of our time. Ultimately, I think words and pictures go hand in hand.

Recently you referred to yourself as a visual storyteller more than a photojournalist.

Right — I also endlessly hear people describe me as a war photographer, but I was never a war photographer. I photographed people, caught in conflict situations, I was in a few sort of situations when we were under fire but I was never interested in combat. I was interested in the human element, the human reaction, the refugees. I don’t want to be pigeonholed — I think it’s important to keep evolving and experimenting and reinventing yourself, otherwise it’s like hitting a drum, the same note over and over again. I think you should want to grow, to evolve, change, try different things. 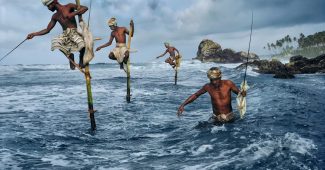 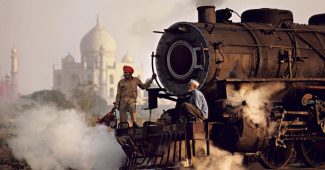 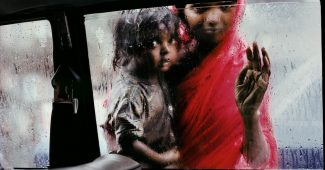