Ms. Morris, is it possible for you to separate your work from your life?

That’s a really hard question. I don’t know how you could possibly separate it. Of course there are things I do that are seemingly completely mindless and waste tons of time, like playing tennis, walking around, hanging out with friends. But I would argue that you will find all of those things in my work, you know? I try to use everything in the work. I don’t know if there’s a separation. I don’t think there probably is much; I think it’s all one thing.

Would you say your personal life gets in the way of your work sometimes?

In a way, I’m constantly in a rush. It doesn’t feel like it here right now because it’s very calm, but normally there’s always some sort of thing that should have already happened. You’re basically trying to bring things into the world and there are always problems doing that. It’s very difficult, actually, the process of getting the vision that you want actually done. And then of course, once you’ve gotten it done, having it appreciated is a whole other story.

Do you remember the earliest memory of when you wanted to do what you do today?

Yes, I do remember. I remember my parents told me we were going to New York and I was very excited about it because I knew that’s where my future was. This memory that I’m talking about is prior to three, so I can’t say whether it was about being an artist specifically, but there were a number of people in my family who were artists. There was a very interesting cast of characters around growing up. It was a bit like a Wes Anderson sketch. My parents are in medicine and science— my dad’s a research scientist—but there was always a criticism or talking back to the pharmaceutical companies, talking back to the TV set. There was this permanent systematic critique of things going on. And I remember this as always happening in my house as people would watch the news, as people would watch the various things, as you would be hearing information. 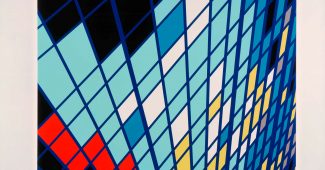 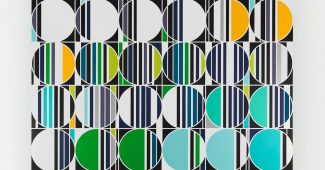 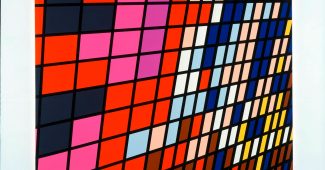 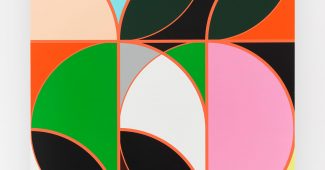 A research scientist… That could also somehow be said about your work approach, couldn’t it?

True! Actually when I was at Cambridge, I did do a number of classes in the philosophy of science, studying Feyerabend and I was super interested in it. I was very interested in this idea that you prove something by disproving its opposites. It’s not like you can ever really prove anything. I thought this was quite an interesting paradigm.

And your work also has a very documentary approach.

I don’t really view my films as documentary.

But, for example, your film “Points on a Line” was about The Farnsworth House by Mies van der Rohe and the Glass House by Philip Johnson.

“There are a lot of people who experience my work who don’t know the whole context of contemporary art. I don’t have a problem with that.”

Does that attitude maybe make your work more accessible for people who don’t know about its background?

How important is it to know about Nabokov and the whole history of his upbringing in Berlin and his interest in butterflies? You read the book and you have an experience that’s visceral, that’s intellectual, that, of course, is multi-layered and yes you might realize this title is referring to this and there’s a history of that. But there are a lot of people who experience my work who don’t know the history, who don’t know the whole context of contemporary art. I think that’s okay; I don’t have a problem with that. I’m sort of used to that idea of an open reading.

Because I think that’s a desirable goal to have as an artist, period. I remember reading Umberto Eco and thinking, “This is how things should be. This is how the best things do operate.” I remember consciously thinking about that. But the other reason is just because my parents do very different things and I never went to art school, so I’m perhaps more apt than other artists to be interested in this interdisciplinary approach. Any good art becomes a virtual architecture. Whether you’re in front of a Pollock painting or you’re looking at a Matisse or Warhol or Judd, it creates an infrastructure of its own that you’re confronted with. And of course, this is both on a physical level and an intellectual level to varying degrees.

What is the infrastructure that your work creates?

For many of your projects you have gained impressive behind-the-scenes access. In “Capital,” for instance, you were able to film Bill Clinton meeting with his cabinet. Does your approach help you to get such intimate access?

The ambivalence? No. Not necessarily. I usually try to play that down when I meet people who do have some level of power that I want to access. When we got into the White House—that was exactly one year before 9/11—I was vouched for by somebody very high up in the Clinton administration and then of course they gave me access, and I was in the cabinet room, I was on the south lawn… They were so confident that they’re not worried about the idea of an open reading. That’s what’s interesting about Clinton; he is always embracing his enemy. It’s all part of the thing. It’s like Katharine Hepburn said, “Enemies are so stimulating.” It’s not a problem.

Well Clinton might not have cared, but your recent film “Strange Magic” was commissioned by LVMH for the opening of the new Frank Gehry-designed Louis Vuitton Foundation in Paris. The film seemed to aim at taking apart and exposing the construct of luxury. Did that ambivalence you have help to stem some of the anger they might have had?

I don’t know about anger. In the end I think they loved the piece because there is something very magical about appropriating our chemical processes that are hooked up to nationalism, hooked up to the fantasy life that everybody has on some level about themselves. It has to do with the idea of projecting the self in the future. “What do you want to be? Which situation do you want to be in? How do you want to live?” And I think that these brands play into that. I think they’re aware of it. I don’t think this is anything new to them, the idea that luxury is an ephemeral thing. It literally is like perfume. It disappears and you can’t be sure if you really had it. And also, in a very short time, luxury becomes old.

But you didn’t find the piece to be critical of what they are doing?

They knew right from the beginning what I was going to do, just not how broad. It was about building a museum, this Frank Gehry building, and in a way there was a desire to forget how you got there. How is it that you’re building this building in the Bois de Boulogne and that you have this money? Well, of course they know. They’re very proud of it, they’re proud of their history. But at the same time, there’s always the desire to suppress the capital. It’s actually genius, their development of the capital. They shouldn’t in any way try to hide it. I can’t think of an American company that’s smarter.

You seem to enjoy that tension.

I do. There’s a game-like approach to the work that is about a certain type of situationism, of placing yourself as an artist into contradictions. Some contexts that I place myself in are repulsive. Some people you really do want to meet or emulate. That’s what I’m talking about: ambivalence. It’s not always clear to me.