Mr. Hermé, you once said that there is nothing worse than eating a dessert and having nothing happen. What is the ideal way to feel when eating dessert?

(Laughs) Yes, when you eat a dessert and you say to yourself, “Ah, okay… That wasn’t bad.” That’s a bit disappointing, no? Personally, I love when I try a dessert and it makes me react, it makes me question… It also questions me; it does something interesting for me. That’s how I’ve always considered my approach to the craft of patisserie: Is it good? Is it interesting? Does it bring out emotions in me? Does it give me pleasure? That’s all that matters, nothing else.

What sort of emotions?

Well, when we talk about emotions in this context, we’re talking about what I call “gustatory pleasure.” That means: Is it crunchy? Is it soft? Is it rich? Is it smooth? Is it agreeable for you to eat? It’s not an especially academic or intellectual way of thinking about food… It’s just a question of when you eat it, is it good? That’s gustatory pleasure.

“When technique is mastered, that’s when it becomes invisible.”

Pastry chef Will Goldfarb also has a similar ethos about dessert. He says it’s got to be delicious, it’s nice if it’s pretty, and it’s a bonus if it’s interesting.

Right, because very often, people make decisions based on aesthetic. But for me, what’s really important is the taste.

But surely the look or style of a dessert is a consideration when you’re thinking about ingredients or creating a recipe?

Yes, but it’s not the most important thing. For example, the word “Instagrammable” is something that really bothers me. It means it’s visually appealing, but almost overtly so. That’s not my thing, it’s not the interest of my work. It’s not the goal. If we have a dessert that ends up being Instagrammable, just as a consequence of it being beautiful, that’s okay. But I don’t like working with the goal of making that kind of dessert. Dessert is made to be eaten!

You have famously made the techniques behind your creations almost invisible — they are beautiful to look at but they are not fussy or overembellished.

That’s for sure. When technique is mastered, that’s when it becomes invisible. With our “Tarte Infiniment Pistache” which we recently came out with, we’re doing a lot of work on developing the flavor of the pistachio and bringing it to the forefront. For that, we use a lot of different techniques during the tart’s creation. But we don’t want that work to be visible when you look at it. There can be a lot of technique involved in making a dessert but you can’t eat technique. There has to be a relationship between taste and appearance — but without any superfluous decorations that are purely aesthetic. My job is to provoke the senses so it’s my responsibility to know how to give pleasure with my desserts.

And how can you be sure of that?

Well, everyone has their own point of view but I know quite well what happens when you eat a vanilla tart, what happens when you bite into it, how you’re going to perceive the texture and flavor. Everyone has their own preferences and every culture also has different tastes, we don’t all like all the same things. But if my job has done anything, it’s given me all the right tools to achieve the right results for most people.

Why do you think that pleasure is something we associate so much with dessert rather than savory food?

There’s an expression that we say often: savory for nourishment, sweet for pleasure. That means that we eat savory foods simply to feed ourselves but we eat sweets to finish with a touch of pleasure, a touch of decadence. I think decadence is just part of the panache of sweets. When we have a cake and we just want to keep eating it, to have another slice… That for me is decadence, it’s true pleasure. 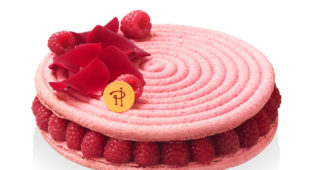 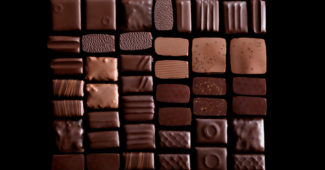 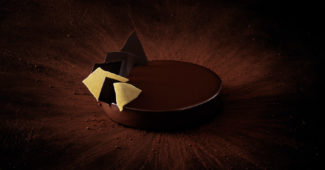 Do you experience the same feeling when you’re baking?

For me it’s actually been a very long time since I made any cakes or desserts myself. I create the recipes and then I have these recipes made by pastry chefs on my team in Paris or in Tokyo. So, it’s not me that actually produces these desserts, but rather, I am the first step. I imagine the products in my mind, I write the recipes and sometimes draw their design so that my team understands the different elements. And only after that do we proceed with attempts at creating these recipes; I try every attempt and see if it works for me, if it needs improving. And if it survives all of that, we can sell it.

So do you feel the same pleasure when you’re imagining and creating these recipes as you do eating them?

Yes, of course! Absolutely. I love this feeling of being inspired by the ingredients, by a conversation with someone, by something I’ve read, a photo I saw, a TV show… Really, my inspirations come from everywhere. For example, yesterday, I smelled poivre de cassis for the first time. Do you know this ingredient? It’s a spice, a kind of powder made from the buds of the cassis plant… It’s such a unique ingredient because there are so many aromas and flavors: there’s citrus, there’s an almost animal aroma, there’s an earthy quality, it’s a very, very complex ingredient.

How do you see yourself using it?

I’m not sure yet, I’ll tell you in a couple months! (Laughs) I’m looking forward to figuring out what I’ll do with it and how I’ll make it work with other ingredients.

Apparently your process for selecting ingredients is one that you find deeply personal and important.

Definitely. It comes from curiosity. I taste a lot of things every day; things that have a good reputation, even things that have a bad reputation… So, first, what counts is the quality of the ingredient. Second, it’s the origin, how it’s made. I have a whole series of parameters that I could list but basically, when I use lemons, I use them because for me they are the best possible choice in the moment I taste them. Tastes evolve with time, but if you explore and discover ingredients, you can always find something new to add to your repertoire.