Ms. Hatoum, do you see darkness in your art?

I think your personal experience shapes the way you view the world around you. With 15 years of civil war in Lebanon and conflict in the Middle East ever since I can remember, there is nothing very uplifting about it and this inevitably filters through my work. So, yes, there is darkness but there is lightness as well. There are often two sides to each piece, not just one meaning. Duality and contradictions exist in most of the work: darkness and light, heaviness and humor, beauty and danger…

Humor? That’s surprising — I don’t see a lot of humor in a piece like The Negotiating Table, for example.

Well, take my performance piece Roadworks, for instance. I walked around the streets of Brixton dragging heavy Dr. Martens boots — the boots that the police and skin heads used to wear — behind my bare feet so that you have the symbol of vulnerability, this woman being followed by the boots of the state and racist thugs. But it is a surreal and humorous gesture. People interacted with it! I kept hearing comments like, “Oh, the Invisible Man,” “Does she know she’s being followed?” I like using humor to deflate those heavy situations. There are also contradictions in the installation Light Sentence. The rigidity of the cages is contradicted by the fluidity of the moving shadows. It’s both mesmerizing, beautiful but also disturbing.

“I am interested in exploring the phenomenology of space and materials.”

Walking around that piece is a dizzying, unsettling experience… Is it your goal to make your audience somewhat uncomfortable?

Light Sentence is about an unsettled space, about a space in constant flux with no solid point of reference… But I don’t know if I think about making my audience uncomfortable on purpose. I don’t have any specific strategy; I don’t sit there and say, “Oh, this is going to mean this.” I am interested in exploring the phenomenology of space and materials. I have really kept a very experimental attitude. I like to surprise myself and hopefully in that way, keep it surprising for other people. I think the work is open to interpretation. And I like to keep it that way.

You must have heard a lot of different interpretations of your work over the years.

You know, I’m always surprised when, years after I make a work, someone comes up and says, “Oh, this means this to me.” Just recently I was talking about Light Sentence in kind of negative terms… You know, it reminds you of the architecture of tower blocs in the suburbs of big cities, uniform and regimented architecture… But someone responded, “Oh, it’s funny because when I looked at the shadows, it gave me a lot of hope.” Wonderful! Absolutely amazing! (Laughs) 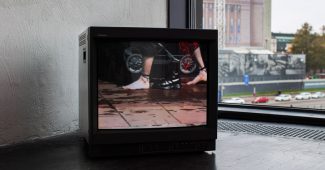 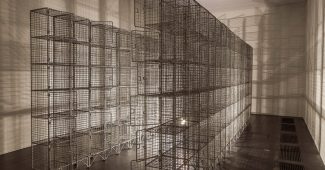 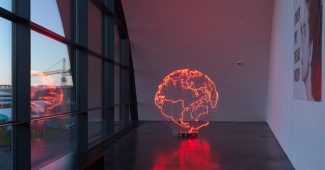 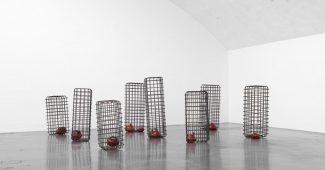 It is important for your work to raise questions?

Yeah, that’s very important for me. I’m working with feelings of displacement, disorientation, estrangement — when the familiar turns into something foreign or even threatening. It’s about shattering the familiar to create uncertainty and make you question things that you normally take for granted. I suppose this is what critical awareness is about.

I read that the surveillance systems and institutions of 1980s London helped spark your own critical awareness of the world around you, and influenced your performance pieces very heavily.

The issue of surveillance was a recurring theme in my early performance and video work. Corps étranger, a video installation that I made using an endoscopic camera to film both the surface and the inside of my body, pushed this idea of surveillance to an absurd extreme — I was implying that surveillance can even penetrate inside you. There’s no place that remains unturned or unobserved. Those ideas have definitely permeated my work… And still do until now. But looking back, it’s clear to me that those years were very tumultuous, very intense, my performances were fueled with anger. They were vigil-like. I think they suited the way I was at the time.

I was too impatient so the immediacy of performance suited me at the time. I couldn’t stay with something for too long, I couldn't settle down, I was too too restless. Not that I’m not restless anymore… (Laughs) I was too self-critical and I could never put my own work on the wall or live with it, you know? At the time when I was doing these performances, I was quite young and fearless and I felt that I had nothing to lose.

Has that changed? Do you feel now like you have something to lose?

Well… (Sighs) I don’t know. In those early days, I was this young unknown artist and it didn’t matter what I did because who cares? (Laughs) Does it matter now? I don’t know. With performances, you work so hard to prepare, you travel across the world to show the work in Canada, in New York, here, there, and maybe 50 people would turn up at the most. Then it’s all dismantled and gone. So, after a while, I just wanted to be able to have a more measured approach, to develop a work over a longer period, to make my mistakes in private before presenting them in a public situation.

Do you feel less “on display” now that you’re focusing more on installations and objects?

With installation my own body has been replaced by that of the viewer. Impressions and thoughts come out of the experience of interacting with the space and materials. I am not there to perform or deliver a message. The work exists independently of me. Once it’s finished, it has a life of its own. It’s there for people to view, to interact with…

So is it possible for you to leave your past works behind completely?

I can’t really say that because there are recurring themes in my work and a circularity and repetition of certain ideas even if they manifest themselves in different ways. Every exhibition or residency in a new location brings certain characteristics which sometimes lead to revisiting some concepts or ideas. Sometimes I look at some early works and I think, “This was an idea that I could have expanded on, I could have pushed this concept further or in another direction.” It can be very hard to look at work from 30 years ago because it brings out a lot of emotions, especially the performance work. Seeing those works again is always interesting. It makes me both cringe and wonder how I had the guts to do it all…