Martin Schoeller's new exhibition Masterworks is showing at Galerie Camera Work in Berlin until 29 August 2020.
Emerging Masters
Rolex is proud to support The Talks’ new interview series about the cultural leaders of the future.

Mr. Schoeller, what does honesty look like in portrait photography?

It starts with the facial expression that we associate with honesty. Obviously fake smiles don’t feel honest at all. People tend to associate a somber or serious expression to be more honest or less posed, though I do think that if somebody is all out laughing, it can be just as honest of a photograph. And then obviously not retouching photographs and not using any lighting tricks or weird angles or funky crazy colors — just to keep it very neutral. My lighting is very flat and doesn’t have any shadows, it’s not hiding anything, everybody is photographed from the same straight-on angle. I think that all helps to make a more honest feeling portrait.

Although your photos give that impression of honesty, you’ve also said that there’s actually no such thing as a completely honest portrait because the photographer’s subjectivity always comes into play.

And you know, so many times I’ve heard that I’m a soul catcher, that I really capture the soul of people but you know what? I don’t think you can capture a soul! This old idea of photographs really capturing all the elements and something deeper within the person, I always felt it was a little contrived. So I do think that all photographs lie! There’s no objective picture. A person is so multi-faceted that you can’t reduce them to a single perspective and say you captured everything about them. But then again, there are portrait photographs which are not about people at all.

“There’s always a lot of the photographer in photography.”

They are more about fashion and the lighting and the styling and the person within the picture becomes completely exchangeable — it doesn’t matter if it’s Nicole Kidman or Emma Stone, you know? It’s a beautiful picture because everything about the picture is beautiful, but it could be any actress and it would still be the same photograph. So I do think that certain pictures maybe get closer to a person’s personality, or feel more intimate, or showcase more about a person than others do… But still, they are the subjective idea of the person by the photographer who took the picture, edited the picture, retouched the picture. There’s always a lot of the photographer in photography.

In your opinion, are those more intimate pictures more effective as art?

Well, it’s my hope that they resonate with people more than fashion pictures do, because fashion changes so quickly and it’s easily outdated. In the end, I do think pictures that feel revealing and intimate are the ones that last longer.

Can a picture really reveal someone’s personality? For example, if you were to look at a portrait of a dictator or a serial killer but you didn’t know who they were, could you recognize that evil in their portrait?

I don’t think so, honestly. The thing is, whenever somebody commits a crime and they capture the perpetrator, they tend to put them in a horrible lighting situation, find a bad angle, and try to vilify them through some tricks in photography to showcase: look at this monster who just committed these murders. But if you put them in my lighting and put them next to people that are known to be good or have a good tack record for what they’ve done in their life… I don’t think you’d be able to tell who is the villain if you didn’t know who was who. A good example is Ted Bundy, one of the worst murderers of all time, and he was supposedly a good looking, handsome, charismatic guy. 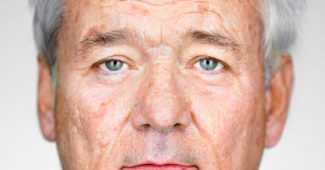 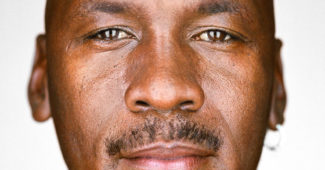 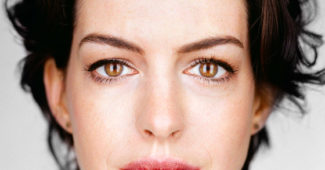 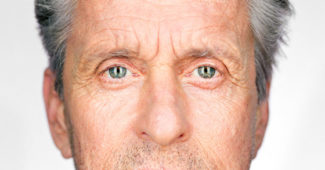 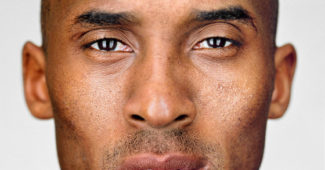 Your close-up portraits mostly depict celebrities and politicians… Would you ever photograph someone who is considered evil? Would you do something differently if you did?

I wouldn’t do anything differently, no. I always say I would have photographed Hitler or Stalin or Pol Pot if I had the chance! Actually, some of the politicians I’ve photographed are ones that people tend to hate or that I personally don’t like. And even beyond that, I also photographed over 300 homeless people on the streets in Los Angeles, and many of them were former criminals or people who had gone to prison for many years for sometimes really heinous crimes. I’m trying to document people of our time — not judge them with my photography, just let the faces speak for themselves. I leave it up to the viewers what they see in somebody’s face!

You would consider yourself more of a documentarian?

Yes, I’m hoping that maybe this will be a document for a future generation to see what faces of our time looked like. Maybe even faces will change over the decades! Maybe in a couple hundred years people will be like, “Oh my God, humans looked like that?” (Laughs) It’s definitely a kind of anthropological approach to my work. Having chosen this style of photography is already a very subjective decision, so I want to provide a platform that invites comparison and also asks the question: what can you really see in somebody’s face? How much can you say about a person when you don’t have any environmental clues about them? I’m trying to be as objective as possible with my photography by treating everybody the same.

What makes a particular set of people or type of person intriguing for you as a photographer?

I like to document defined groups. For example, I started work on a series of portraits of death row exonerees last year — it was through an organization called Witness to Innocence which is founded and run by people that have been convicted of murder and sentenced to death but were later found innocent, either through DNA testing or new evidence that emerged. I also spent two weeks in Jerusalem photographing Holocaust survivors. So you know, it’s something that unites them all, that brings them together; they went through similar experiences. I think it’s interesting to be able to compare them.

“I think that’s what I love about photography the most, that you can dive into these different worlds.”

Immersing yourself in those rather somber worlds must be a very different experience to photographing celebrities or politicians.

Yeah, oftentimes it’s the complete opposite. But I think that’s what I love about photography the most, that you can dive into these different worlds. Meeting homeless people on the street corner in Los Angeles and talking to them about drug addiction… And then a couple days later I’m in a mansion in Beverly Hills photographing a super famous musician. I think that’s what makes my job — and probably your job as a journalist — so interesting.

What have you learned from the experience of taking these photos?

In every group I’ve learned many different things. What stands out to me right now is that from the Holocaust survivors and also from the death row exonerees, you somehow have to be able to forgive what was done to you, to move beyond it in your mind, beyond the loss and the hurt, in order to move forward and in order to survive. For example, the Holocaust survivors would say things like, “In order to start a new life, I had to leave my past behind. The Holocaust has ruined me and traumatized me, but I don’t want to do the same thing to my family by sharing my story and traumatizing them.” For many of them, I was the first person that they had ever talked to about that time. The families could not believe it because they were telling stories they had never heard before.

Because your close-up portrait set up is quite neutral and has been this way for most of your career, is it those kind of intimate interactions that really keep the work interesting?

Oh yeah, yeah. It’s mixed emotions. It is sobering, it’s sad, it’s frustrating, it makes you angry, on the other hand you feel like it’s more important than photographing an actor, or somebody who’s well-known like that. It’s so important to tell those stories.

Emerging Masters
Rolex is proud to support The Talks’ new interview series about the cultural leaders of the future.
Martin Schoeller's new exhibition Masterworks is showing at Galerie Camera Work in Berlin until 29 August 2020.
Life