Magnus Nilsson's new book, Fäviken: 4015 Days, Beginning to End, is out now via Phaidon.
Emerging Masters
Rolex is proud to support The Talks’ new interview series about the cultural leaders of the future.

Mr. Nilsson, should all cooking at a professional level be aspirational?

No, not at all! I mean, for me, cooking is a very craft driven activity. There is also quite a lot of space for creative expression that I think is important. And it varies from chef to chef or cook to cook how much importance that plays, and for me it does play a big role. But at the same time, if someone wants to cook the same recipes that we made at Fäviken, the recipes can function for them too.

Even the more complicated recipes that require ingredients like a lavender petal from last summer, or a fresh moose heart?

(Laughs) I mean, can an ordinary home cook do them? Yeah, I think so! But they’re not going to be super easy, and they're not always going to succeed. But that's the same as it would be for me or for anyone else with an unfamiliar recipe. You can see them in every which way you want. The Fäviken cookbook is not a cooking manual. It is a story about this restaurant and the recipes are an important part of that.

Exactly. I mean, all of the recipes we need for cooking, they're available online anyways, right? There's nothing that I want to cook that I can't find online. I think cookery books are less needed now than they used to be.

“People get more creative thinking done when they impose some restrictions.”

It’s similar to The Noma Guide to Fermentation. The recipes are very interesting, but many require special tools and equipment that aren’t very attainable for your average home cook. And yet, that’s part of what makes the book so great.

And that's fine, you know? I don't think that just because a book has recipes in it, it needs to be read as a recipe book. Even with the Noma book, those recipes are such a useful tool to explain the processes of fermentation, even if you're not going to use them yourself. These kinds of recipes can also explain the more cultural context of cooking.

That seems to be something you consider very valuable as a chef.

Well, I used to have this viewpoint that it was important to preserve food culture… You know, you feel a bit sad that old recipes and techniques are getting less used, and eventually disappear. I thought that the act of preservation would be that you just continued practicing them. But when I was working on my Nordic cookbooks, for example, I quickly realized that you can't force people to cook stuff that doesn't make sense anymore and that's become obsolete. So the second best thing is to make sure that all of it is recorded, that there is written documentation or photography, because then at least you preserve some of its memory. I think it would be very wasteful to squander all of this information just because we aren’t interested in it right at this moment.

You became famous for foraging and preserving your own ingredients at Fäviken. Was that part of a desire to uphold these traditional Swedish techniques, or was it more of a creative choice?

It’s part of the culture here, yes, and it’s perhaps a nod to having grown up here but in the end, for me, it’s mostly a quality choice, actually. Of course, people get more creative thinking done when they impose some restrictions. It is very easy to just continue doing exactly the same stuff if you have exactly the same stuff available. That’s the reason why I choose to be fairly limited in where the produce came from: for example, I like lemons, I use them at home, but I chose not to work with them at Fäviken because culturally, they don’t make sense with where the restaurant is located. And by choosing not to use lemons, you have to find something else that fills the same need — and you will be able to push your own creativity forward.

And do you think that has changed in the rest of the food industry? Have other Nordic chefs followed your lead, for example?

Is sustainability also something you’re passionate about?

It’s important to me, yes. But I've also been a bit irritated the last few years with all of these sustainability awards that are given to high profile fine dining eateries. The fact is that restaurants like Fäviken, and many others Michelin star restaurants, they are by definition unsustainable! They are an expression of excess. I think that it’s troublesome when you call something sustainable and it isn't, because that also gives the consumer false information on which they can base their decision to eat somewhere, right?

Are you finding yourself disillusioned with the restaurant industry because of that?

Not really, no. I just think it’s something that needs to be addressed and fixed. I mean, I was offered so many different sustainability awards, and we were a fundamentally unsustainable restaurant! Not that we didn’t try to be better — this reasoning is not me saying that we shouldn't even try. All of us have to be more mindful about our resources. But we also have to be completely honest with what we're doing. I turned down all sustainability awards that we were ever offered. Sometimes it felt to me that if you have a countryside restaurant in a building that looks like a barn, that was enough to get a sustainability award — which is wrong! Epecially when there's so many other places that are less well known but are way ahead in the sense of sustainability. 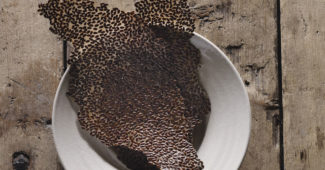 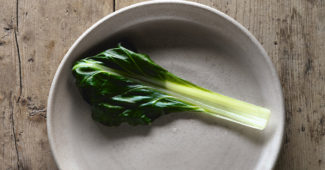 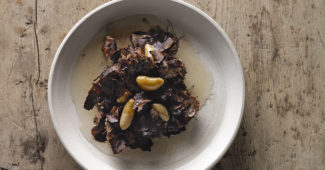 In the past you’ve taken a few breaks from cooking due to frustrations with the food industry and with cooking in general, though, and last year you made the decision to close Fäviken for good.

I’ve taken a few breaks, yes. Sometimes you have to do that to reflect a bit! Sometimes there's been a need for me to do other things to get excited about cooking again. Running a restaurant and cooking for people, it is something that you have to be excited about if you're going to do it well. Simple as that. I don't feel excited about running another restaurant, which is also the reason why I haven't started on another one and have no plans to do so at the moment. But that doesn't mean that that will be the case forever.

You were the head chef at Fäviken for over a decade. Did you ever have a moment of hesitation between announcing its closure and actually shutting its doors?

It wasn't something that happened very quickly, it was something that I always knew. It was a restaurant that I operated together with the family that owned the estate, and we had always had that discussion between us that one day this project is going to end, this is not a project that's forever. I decided almost two years before we closed that we were going to close and I had plenty of time to prepare — and also change my mind if I wanted to do.

And now that the dust has settled, are there any regrets?

No. I mean, between when I made the decision to when I actually told the team, that was actually the most difficult because you still have to be excited for them. All these people that are working really hard and sharing their excitement about the craft and the place. It was difficult to keep a lot of energy during that year when I knew that we were going to close and they didn't. But then after that it was easy; once everyone knew, it was a great last year. And now, I get a bit nostalgic when thinking about the place and the people that work there and so on… But I'm very happy.

Emerging Masters
Rolex is proud to support The Talks’ new interview series about the cultural leaders of the future.
Magnus Nilsson's new book, Fäviken: 4015 Days, Beginning to End, is out now via Phaidon.
Life