Gunner, what was the last concert you went to?

The last concert I went to was Brockhampton in LA in December last year. They did an amazing back-to-back show, one at 7:00 PM and one at 11:00 PM. I’ve also gotten into the online streaming thing, I watched Swae Lee perform on Instagram recently and I don't think no one can do it better than what he did! He brought fans on stage, he stage dove, he had a fan run on stage and the security had to throw him off. That was the greatest! (Laughs)  But before the lockdown, I would still go to concerts all the time, I’d still go see my friends perform.

Would you take photos there as well?

I wasn’t there actively working or in the photography pit, no. I was just going as a fan. To be honest with you, I hate performance photography now! I shoot film and it's just someone constantly moving for 50 minutes, it’s hard to get that shot. So I feel like shooting performances, it's kind of like a waste for me now even though concert photography was probably the breaking point when I realized, “Okay this is what I like, I want to work with something dealing with music.”

“That's what people want from artists, they want to feel like they were there when that photo was taken, like they lived in that moment with them.”

Do you remember which concert you were shooting when you had that realization?

I can't remember the actual particular one moment but I used to always travel with my friends, like 18 of us in a 15-passenger van, driving across the United States, from Atlanta to Minnesota or Texas or New York. We’d go to our friends’ concerts literally anywhere… It would always just be small, packed out rooms where you could literally see everyone's face and you could tell the type of energy that they were giving off. That was always fun, but my thing is, I would rather just spend time with someone, get to know them, spend a day with them, and then we see what comes out of that day.

You once attributed this shift in hip hop artists letting photographers spend long periods time with them documenting their lives to rapper Wiz Khalifa.

Wiz Khalifa is such a pioneer! Around 2009 he made it real big on his brand to just showcase his life to the world through YouTube, which was never really seen before. He brought the video guy literally everywhere with him, and would drop these things called “Day-to-Days” on his YouTube. And I would just watch those, I would wait for it, wait for him to tweet about it so I could watch it, it was amazing. You could see his whole life. And then even as he got older, he started taking photographers with him, and his whole Instagram would just be photos by one photographer, so it looked like a crazy gallery. And I feel like people definitely stole that blueprint from him. He just showed people how to do that the right way.

Especially with social media these days, fans have grown up getting those close looks into the lives of their favorite artists. 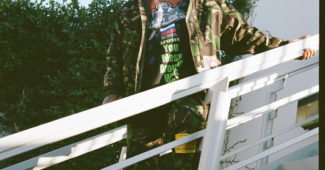 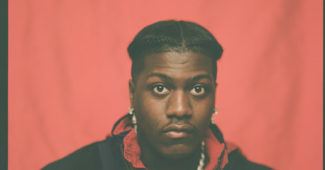 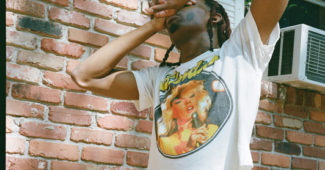 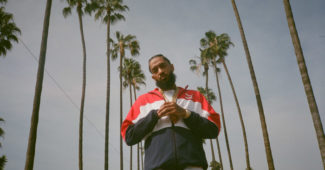 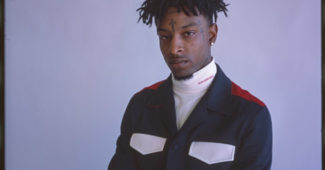 You’ve been taking these candid artist portraits for several years now, and you’ve photographed some of the biggest names in hip hop: Drake, Gucci Mane, 21 Savage, Swae Lee, and A$AP Rocky, to name a few. Has music always been a part of your life?

Yeah, my mother was a choir director and I stayed in the church at least three days a week. But other than that, she also loves music. We always play Jill Scott around my house, Erykah Badu, Sade; those are probably my mom's three favorites. And then I had my cousins — you know, everyone has their bad cousins that introduced them to certain stuff that they're not supposed to. So when I got around my cousins at family gatherings, I would go sit in the car with them, and they'd just be playing Hot Boys, Lil Wayne, Juvenile, and all the old Cash Money stuff. And I remember they gave me Juvenile’s 400 Degreez CD, and my mom found it! She got so upset with me! I was only six or seven but that was my introduction to actual hip hop at the time.

You often talk about how your native Atlanta has been an incredible influence on you because you grew up surrounded by music, that you could meet anybody from the hip hop scene just stepping outside your own front door.

Yeah, the hip hop scene in Atlanta has been at the top for 15 years now. There is just always something new and fresh coming out of Atlanta, regardless of what side they're from. A lot of artists come here just to try to catch wind of what's going on, they come here secretly, and they'll rent out a studio or rent out a house for like a month. It's just like mecca, the all-knowing spot of where the direction of music is going to go. I remember when I first started going out, everyone would always throw these backyard concerts the most, or a concert inside a random party. It would just be one person performing in the middle of a hundred people. It was a cool time. It was a weird time, but it was still kind of cool.

What was weird about it?

The separation. It's like, even though we were all under the same umbrella, there was this separation of everyone fighting each other to get to the same certain place. I feel like since Outkast… This is it. Atlanta has just been on top since then, and everyone wants to be at the top too. Everyone gets their influence from Atlanta — if they want to admit it or not. The best producers are from here, some of the best producers moved here at an early age.

“I feel like everyone has this sense, whether they know this or not, you can look at something and tell if it's real or not. I know I can.”

What about now? Are you nostalgic for those earlier days, or has today’s much more Internet-based hip hop scene evolved to be even better?

I could say either or! I feel like the Internet has people living lives that they're not supposed to be living. Somehow this idea of going viral and music has gone hand-in-hand. The quality of the product lowered somehow. It's like people came in and their only intent was to be super huge on the Internet, and have their music get to a certain level because of that. But it never ever actually worked out like that. So now you have people that they just look like super burnt out from all the decisions that they made. No one's going to forget the crazy decision that you make when you went on Instagram Live or you posted this one clip, trying to back your music or promote your music.

Do you think it means that the handful of really talented passionate artists are harder to come by because there's so much saturation from artists that are in it for the fame?

No, I don't think they're harder to come by. I feel like everyone has this sense, whether they know this or not, you can look at something and tell if it's real or not. I know I can, at least. I can look at something and tell, “Okay, this person isn't what they say are,” or “Oh, this person is actually passionate about what they're doing, they actually care about their product and the quality of their music.”

The latter kinds of artists must also be the easiest ones to shoot.

For sure. I mean, the new age is living something that they're not, and I don't want to associate myself with someone that's faking it just for attention. These days I just mainly work off of relationships. With portrait photography, I'd rather focus on who I know, and just build with them. You have to develop a trust with your subject first. That's the only way you're going to get the best out of it.