Mr. Baselitz, is it true that you began making art because you were looking for attention?

Yes. That is something that many artists, many actors, many TV show hosts do, they start painting because of course they can’t play the piano or the violin — you have to take lessons for that, but painting you don’t have to learn. I’m thinking of artists like Udo Lindenberg or Gloria von Thurn und Taxis or Armin Mueller-Stahl… You can just claim to be able to paint.

So one doesn’t necessarily need talent to paint?

In art and in painting the “wunderkind effect” plays a very small role. In the history of music there have been lots of wunderkinder — that is very important because with music talent is a great advantage. But in art, it’s rather the opposite.

I always used to say that it is better to be talentless. If you have no legs and you are trying to climb a ladder it is much more difficult than if you have two arms and two legs. That might not be the best comparison… But the point is that it’s more difficult. The struggle that one has with the image, the struggle of expression, the struggle about the presentation is more present without talent.

“The misery of the world has to express itself in the form of art — only ever the misery, never anything positive.”

Why is the struggle of expression so essential?

The misery of the world has to express itself in the mind of the artist in the form of art — only ever the misery, never anything positive. The good things, in the opinion of these artists, will never cause anyone to look. It has to be something critical, something ghastly and so on.

Do you really believe that positivity cannot generate good art? Not even in a didactic way?

Today it is common that people make something that they call art — a sculpture, a photograph, a picture, an installation — and then they write a multiple-page explanation for it, always talking about the social component, the social significance… I actually find it laughable when an artist starts offering up that kind of commentary on world events or opinions on how we can improve the world, sophisticated by an idea that occupation as an artist gives you a responsibility to do so.

Marina Abramović said that art has to be disturbing, art has to ask a question, art has to predict the future. You would disagree?

That’s utter bullshit. It’s just a sentence listing three things that are pure nonsense. One has to assume that artists take everything they say and do seriously, but the seriousness often gets constrained by error, and even more often by ideological stupidity. I find that these high aspirations of artists like Abramović are nothing more than arrogance. A magician or wizard could get away with it because it’s just nonsense. 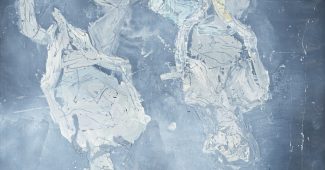 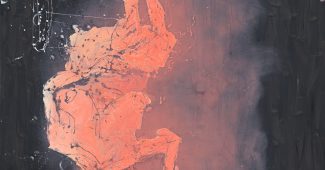 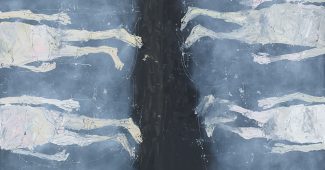 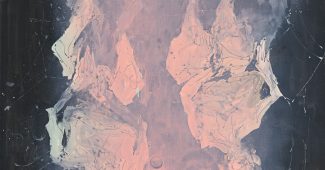 Nonsense in what way?

For one thing, the future can only be predicted through speculation in the form of science fiction, which, when you look back at the science fiction films of the past, you can see how laughable it is. King Kong, for example, is a film that we can really only laugh about. But back then it was taken very seriously! So, beyond the present we can’t really say anything. Contemplation of the past is the only position that one can take in order to make something new.

But does contemplation of the past necessarily mean that we cannot also wonder about the future?

I think we have to know exactly what has been and then from that we can draw conclusions about what could be… Great scientists like Einstein tried to find clarity about the world through theories, which are only considered correct until the next ones come along to displace them. People believed for many generations that the earth was flat — you can’t go around now and call those people stupid or consider their beliefs laughable because you know better now. Of course, we have to give explanations about what exists, but to try to predict the future? That’s what Stalin did, what Marx did, what Adolf Hitler did. I’d say those are quite embarrassing people to be compared with.

“A fierce madness, a wildness... That’s the mark of an artist, actually, that they are very rebellious. And I was one of them myself.”

That is correct, and to me it is also the only option. You start with a considerable compulsion, with a considerable drive; in my case it was a fierce madness, a wildness, a reluctance accept advice or to seek formal training. I think that’s the mark of an artist, actually, that they are very rebellious, very unruly… And I was one of them myself.

Formal training was not of interest to you even though you were enrolled in art school?

No, unfortunately not. I educated myself not by sitting in on the art history lectures at the university and dutifully paying attention but by going to the library and teaching myself everything I wanted to know. That experience did a lot for me. I am much freer nowadays. Back then I made my work in comparison to the work of other artists, my competitors or enemies, but all that is gone now. That restriction is gone. It was just a personal shortcoming really, but it’s gone.

Does that come with self-confidence?

No, I believe it comes with time. Some call it experience, some call it wisdom, but it definitely has to do with the passing of time.

Is self-doubt still something that remains even after all these years?

Many even fail, but failure in the public realm is something different than an inner failure. I know many artists that have failed in the public sphere, but that hasn’t resulted in self-doubt for them. People don’t like their work, they can’t get their work exhibited, but for themselves they haven’t failed at all because they remain convinced of what they are doing.