Gab, because your work combines still life sculptures with photography, which element is art for you: the objects that you make, or the photo that you take?

That’s exactly what I'm thinking about these days. I always say that photography is something that just kind of happened, because it was the most efficient and fastest way to get an idea across or translated from the brain to the concrete world. I have no technical training in photography whatsoever. And I also have no real interest in technical training or photography! So I feel what I’m doing is making the best place for the idea to live, and so far, that's been photography. What’s most important to me now is: how do we make this thought into something real?

Production always varies! There's not one recipe, especially the objects I make with food or fresh items, I have a limited window of time that I can work on them, or else it goes bad. I try to use expired stuff or things that would get thrown out if I didn’t use them, so I give them one last breath before that happens. So for my egg bra, for example, I made this kind of edible playdough thing that we would do in kindergarten — in French is called pâte à sel. I made this little structure in the shape of the bra that I wanted. And then I cracked two eggs and then I moved the egg whites to fill in the structure, added the yolks and baked it in the oven.

“My best ideas come when I’m not really looking for them. So that’s how I try to be most of the time, just keeping myself in this position to catch those ideas when they come.”

So all of the objects on your Instagram — the clothing made out of noodles or popcorn, the teacup made of biscuits, and the oysters reimagined as flip phones or pocket mirrors — are real life objects?

They do exist! In fact, I’ve been working on making a wearable product line so I can kind of have both: some ideas work really well in photos, and that's how they're supposed to be, but some other ideas I feel would work even better as a garment. So I’m tapping into that more physical designer aspect. But yes, the objects are all made by me or sometimes through a collaboration. Sometimes I do have to shoot it in a montage and use Photoshop to get the right look… But I still shoot all the elements myself and assemble them, so object is real even if it might not look that perfect in real life.

Is there a certain thrill to dreaming up a funny or clever idea, and then figuring out how to make it a reality? Is that an exciting part of the process for you?

Yes, I mean, some ideas I really take to heart because for the illusion to work, it has to be believable. Sometimes I’m thinking, “Okay, this is genius. I need to push that one.” But it's only maybe two or three times a year that happens, where I really am proud of an idea. Those are of course the most fulfilling for me because it feels like an accomplishment. But most of the time it’s just fun. I post new images weekly or bi-weekly, so I can't have the same level of excitement and pride for something that happens so often. Sometimes I just like it, I think it’s fun, or that it fits in with the work even if I don't like the result that much. I also have fun making it. Mostly, though, I feel like I’m training my creative muscles, you know?

I guess you can’t always be chasing that “genius” moment — it’s a bit too much pressure.

Exactly. And I found that the more I try to chase that feeling, the less it comes. My best ideas come when I’m not really looking for them. So that's how I try to be most of the time, just keeping myself in this position to catch those ideas when they come. But if they don't, I don't try to push it too much. It doesn't work like that. 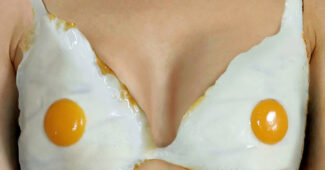 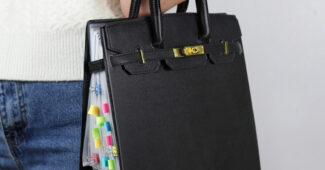 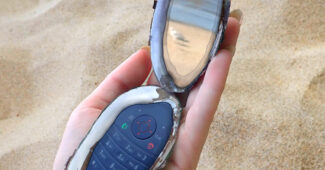 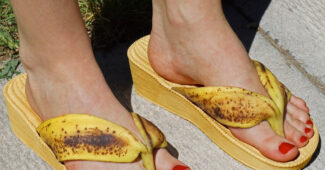 Still, given that you’re posting new images so often, work must be something that is pretty much always on your mind.

It's a blessing and a curse! I think it's been good because it's allowed me to grow and get my work out there. It’s growing with me. But at the same time, it's pretty much everything I do. There's not much room in my life for much else!

Can that also be tiring? I think for some artists whose work is more fantastical or otherworldly, they can find an escape in their art, but because your work deals with transforming everyday objects, your daily life is a lot more involved.

Yes, I really relate to that. I wouldn't say it's tiring, because it's what I love doing and what I feel I'm good at. It’s the only thing that I really want to do. So it's not tiring, but sometimes it gets to be a lot. You know, I also used to compare myself a lot to other people or second guess myself a lot. I still do and it's normal to an extent! But I used to get upset if someone put out an idea similar to mine before I had the chance to do it. Or if a brand did something that was really close to something I did. But at the same time, I realized that most of the time with conceptual work, there are so many overlaps! Two people can think of same thing at a similar time. And it's not an attack on me. I try look forward rather than back. It’s also been a great lesson to kind of have the mentality of: if it's yours, it'll come.

Apparently you were a very imaginative kid, you loved doing arts and crafts, and making things — has creativity always come naturally to you?

It really has, yeah! As you said, as a kid I was always doing stuff with my hands, getting dirty outside. My closest friends were really into sports, but I would rather sit at a table and color! I think I owe a lot of that interest to my dad. Growing up, I remember he would carve stuff, like, he would take a bit of cheese and carve it with pocket knife. “What do you want me to carve?” And I would say, “I want a cat and a butterfly.” And then he would make that! So I grew up around that kind of energy, and the knowledge that you can play around with stuff, especially food.

“I know if I do something that people don’t react well to, it’s my fault. It’s easier to take accountability. It’s on me, and I live better with it this way.”

Taika Waititi says that he owes his creativity to constantly being bored growing up and needing to find his own ways to entertain himself.

Oh, I really get that — I always had to find ways to occupy my time, or just do things for the sake of doing them. I loved collecting things, like rocks or sticks that were in the shape of other things. Or I had a whole collection of paper bus passes that my parents used… I just always had this really magical feeling, having these little things that I found pretty, things that are all mine even if they’re just objects. That said, I don't really relate to the word boredom, because that's not something I ever really felt! And still to this day, I don't really feel bored because I'm so comfortable alone.

You seem to still enjoy that solitude, even now you work mostly on your own.

I do. At the same time, I love doing commissions and collaborations… But I do like that solitude, and I'm super comfortable in it. I think that the pandemic kind of reinforced it, too, and sometimes in a not that healthy way. If I don't really force myself, I would not get out of the house and not see anyone for really extended periods of time. It can be a double edged sword.

Does working in isolation also sometimes put more pressure on you, because you’re the only one who makes the work so you’re the one who shoulders the criticism or deals with the fallout if something doesn’t work?

No, because I'm so comfortable this way. I know if I fuck up or if I do something that people don't react well to, it's my fault. It’s easier to take accountability and be like, “Yeah, it's true. I fucked up but it's me and I don't have anyone else to kind of blame it on.” It’s on me, and I live better with it this way. Still, I do have people I turn to before that point… I’ll send my ideas or images to a friends group chat or I ask my boyfriend, you know? Also, my dad has always been such an important figure in my life, and still is. He's probably the most knowledgeable person I know. He’s retired now and over 65 but is still so curious and willing to learn new things. And I think that really shaped me in who I am today as a person that has a creative career. I’m not afraid, you know, to put something online and let it do its thing… If people like it, then good. And if not, I’ll do another one next week.