Mr. Spiekermann, as the designer for some of our most valuable information systems, road networks and transport communications, what sort of things catch your eye on the streets of Berlin?

I’ve noticed that suddenly a lot of cars disappeared! I live in near Gendarmenmarkt and Hausvogteiplatz, where it’s all offices and embassies, and with people not coming into work during the lockdown in March and April, the streets were all empty. I had the feeling that I was connected to the city again. One morning, the Gendarmenmarkt looked like an engraving from 1750: you saw the two churches, the French and the German Dome, and there was only one person in the middle. It was quite beautiful and refreshing. It felt like some of the city belonged to us again.

It’s shocking the extent to which our cities are dominated by cars nowadays.

You know, I was born in the late forties and grew up in the fifties, and there were very few cars around in my childhood. In our neighborhood, if one man had a car back then, we would run after his car! (Laughs) That’s one reason why I like riding a bike, so I'm a little above the cars and can actually see the streets. Hopefully the pop-up bicycle lanes will remain permanent in some parts of the city, now that people are beginning to realize that pedestrian streets are actually great. I remember in the seventies, when the first pedestrian streets were introduced, all the retail people would say, “Oh my God, if our customers can't park, we won’t sell anything!” It’s always the opposite, actually, because people have time to shop! Why can't we learn? But I think it's the beginning of the end, and we will have cars out of cities pretty soon. Other cities like Paris and Barcelona are already doing it! An unfortunate development like this pandemic is making us rethink city planning and speeding the process.

“If you want to design something timeless, you have to make it so boring that it’s also going to be boring in 20 years time.”

It’s often these crucial moments in history that spark major changes; like your post-reunification design for the now iconic German transport system, Berliner Verkehrsbetriebe, 30 years ago.

Creating the BVG was my best and favorite job ever. The work we did was very political and important because it had to indicate to people that Berlin was one city again. Before the Wall came down, if you look at the old plans from East Berlin in the sixties, they had colored lines in the East and then the West was just a little white thing which had nothing in it. And similarly in the West, all the drivers suddenly needed maps after the unification, because most of them had never been to the East before — it was like a foreign country!

So how did you present this unification in your design?

Well, if you look at the Berlin transport map now, there's five parallel lines going from the Westkreuz in the far west, all the way to Ostkreuz, in the far east. In information design, you would rather have one line and give it five names — you wouldn't need five lines because as a graphic device, that’s over-information. But since this was a political device, we deliberately decided to leave those lines because it was symbolic of the city coming together. And then, the main thing that I give myself most credit for, was making everything yellow, which of course became the Berlin color. Before that, the colors ranged from lemony yellow in the East, to orangey and beige yellows in the West. I think was the probably the best idea from a branding point of view — you didn’t need a logo, because you know that if a yellow thing arrives: you can get in, it’ll get you somewhere! But it needs an update. You can’t build something like that to last 30 years.

You once famously said, “Make sure you have a good idea that can survive, even badly designed.”

If you want to design something timeless, you have to make it so boring that it’s also going to be boring in 20 years time. (Laughs) Then it looks after itself over time. I don't believe in timelessness in design, because I don't know what's going to happen in 20 years time… You know, now that we all read screens — who could have foreseen that in 1990 or 1991? I certainly couldn’t. But even with BVG, for instance, everybody wanted logos first, but for me, it was a color and a typeface that defined the project. Fashion changes, materials change, but a good concept will survive forever. 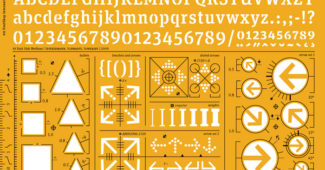 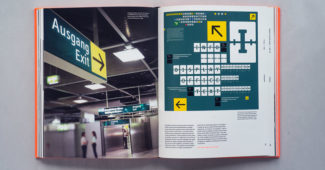 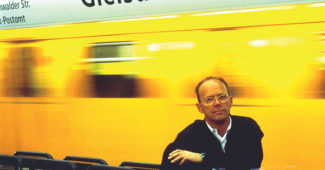 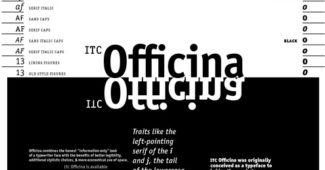 You’ve successfully designed brand identities for companies like Audi, The Economist, and Bosch. Does a good concept still hold as much weight these days?

I mean, in general the idea is to make sure that you have a great concept and you also have aesthetic — what we call in German mehrwert, added value. My job as a designer is to take information and translate it to the user. If I add some aesthetic, to make it pleasant, nice to look at, that’s added value, because when things look good, people use them. But of course, there is this decorative world of total meaninglessness nowadays through Instagram culture. I've never been on Tinder, but everybody says that what you don't like, you just swipe away. The same with everything else: politics you don’t like, products you don’t like, people you don’t like, you just swipe them away. There's never any depth. It literally is all judged through a piece of glass. You don't communicate.

It sounds like you don’t have much hope for the future of our communication.

Well, this year is lost. I mean, I have no plans anymore. But maybe this whole situation we’re in is a good reminder to restart a few things in the world. What we realize in times of crisis is that it’s really, really important to talk to each other. And that is the most incredible thing to meet and talk to somebody in real time in anywhere in the world! You suddenly realize what you have in common, rather than what divides you. We have way more in common than we think.