Mr. Shrigley, you are 45, married, and you live in the suburbs. Is that what being an artist looks like in the 21st century?

All my friends are artists, writers, musicians, poets, one or two people who do normal things, and nobody I know really is that crazy. Nobody really has any problems with alcohol or drugs or has many failed marriages. I mean, stuff happens in your life and everybody has problems, but most people are pretty functional.

Do people expect you to be crazier given the nature of your art?

There’ve been times when people visit my studio on occasions when I’m interviewed and they want to see more craziness, more evidence of an erratic mind or something, but that’s just not me. Everybody is what they are, you know? I dress in a certain way, I look in a certain way, and at this stage in my life I’m unable to change.

So where does your art come from? I read a critique of your work that said you could be a “philosopher on drugs” and he kind of has a point.

I don’t know, really. My work is fiction, it’s not autobiography, and the things I say, the voice of my work, isn’t necessarily my voice. It’s the voice of an invented character perhaps. It perhaps serves a cathartic purpose and it’s somehow a healthy thing for me to say what I say, albeit sounding like a philosopher on drugs. But I think the art for me is very cathartic. It’s something that I have to do.

It’s lucky that you can afford to live off of your art then, isn’t it?

I feel lucky. The majority of my friends are artists and most of them are pretty talented, yet I’m successful and don’t need to have a job. A lot of my friends don’t make a living as an artist and they have to teach at the art school or do something else to make money. So, yeah, I feel lucky. All I’ve ever wanted to do with my life is be an artist and just be in the studio. So for me that’s a privilege, that’s good luck to be able to do that every day. 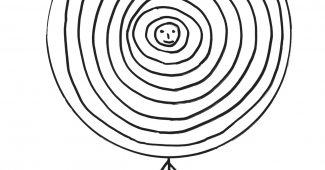 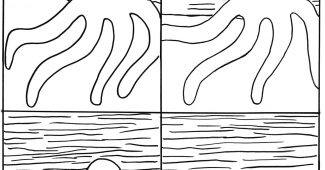 
How important is it to you what the art market is asking for since you depend on it for your livelihood?

The art market is essentially a good thing for me because it means that I don’t have to have a job! (Laughs) I can spend all my time in the studio. But it does distort the work. There are demands made on you to make work in the same way as somebody who makes products for a shop or for sale and that distorts your practice to some extent. To what extent it distorts it I think you do have some control over though.

Did you always want to be an artist?

I think once I realized I couldn’t be a footballer or an astronaut, I didn’t want to do anything else. Maybe from 12 or 13 I wanted to be an artist, even though I didn’t really know quite what that career entailed.

You wanted to be a football player?

Yeah, football is one of the big loves in my life. I’m a big football fan.

They’re not that good now…

No, they’re not that good at the moment. They’re in the second division. I also follow Partick Thistle, they’re my Scottish team, in Glasgow. They are the third team of Glasgow and they only have a small amount of supporters and a small stadium, but I take a lot of pleasure following their fortune since I’ve been in Glasgow for many years. I like to go watch football and when I travel I always try to go see games in other countries and different football cultures.

I heard you speak to your German-born dog in German. Can you speak German?

Most of my German is just nouns, I don’t know a lot. But, yes, Inka likes it when people speak proper German to her. I try my best.

“I wouldn’t necessarily advocate that all art should be comic, because that would be tedious. There is room for everything.”

Do you think it is possible for a foreigner to fully understand your British sense of humor?

I think humor is culturally specific, but that said I don’t necessarily think it’s really that necessary to speak the perfect, idiomatic language of another country in order to understand the humor. I believe that humor translates and it transcends language as well.

Do you like it when people laugh at your work?

I think if you laugh at something, you understand it on a very basic level and you find it accessible. A problem with some people looking at contemporary art is that they find it inaccessible and I think that one of the virtues of what I do is perhaps that people do find it accessible because they’re able to see the humor in it. Hopefully it’s more than just comedy. I mean, it isn’t comedy necessarily, but it is comic. But I wouldn’t necessarily advocate that all art should be comic, because that would be tedious. There is room for everything.

Sometimes people even ask you to draw something on their bodies so they can get it tattooed permanently. Most of them young, good looking women. How do you survive that?

With difficulty. It’s kind of awkward… It’s awkward, that’s all I’ll say about it. I don’t like doing it, it happened by accident, and I don’t really want to do it anymore.