Mr. Nakazawa, the New York Times food critic Pete Wells wrote that his first meal at Sushi Nakazawa carved itself into his memory forever. Do you remember the moment you tried sushi for the first time?

What changed your mind?

I ate one of the nigiri that he’d pressed while practicing… That was the first time I found out that there are so many different kinds of fish, and that each combination can create a variety tastes and flavors. As a child, sushi always meant the same plain styles: cucumber rolls, egg nigiri, or kanpyo — dried gourd rolls — because my parents strongly believed that, “You can eat expensive meals when you can afford them.” I’m now the father of five children but I try to never spoil them by giving everything on a silver platter. I think you need to work for what you want, and so creating a learning environment like that for your kids is really important.

“When I think back on that memory now, that was probably the first time I ever made someone happy through cooking...”

What kind of meals do you remember eating at home?

My mother was never a particularly good cook, actually. But whenever I eat something she’s made or I follow a recipe I learned from her, I do feel very nostalgic… Food was always part of our family’s bond, though. I remember making a hambāgu — hamburger steak —with my younger sister for my mother on Mother’s Day. When I think back on that memory now, I think that was probably the first time I ever made someone happy through cooking. I remember being very happy. Even today in my home, I still cook everything: I prepare kids’ school lunches when my wife is busy, I always try to cook at least one meal on my day off… My seven-year-old daughter recently said to me “Dad, you’re like a chef!“ (Laughs) I’m not sure if I should take that as a compliment or not.

Does your family observe any rituals or traditions around food?

Actually, the Japanese dine very similarly to Americans, we don’t have many special traditions except that before eating, we say Itadakimasu [I humbly receive this meal]. And then after we’ve finished eating: gochisousama-deshita [thank you for this meal]. It grounds us to acknowledge that it took life to make our food. Of course, we eat and drink and chat as you would expect... Before coming to America, I would normally sit down to eat with my wife, our children and my parents. Those are some of my fondest memories.

When did you first move away from Japan?

In 2011. It was especially hard over the first three months. I kept thinking, “In Japan, it would be like this... If in Japan...” Now life in America has become my standard, so I don’t really feel that way anymore. This is New York, you know? I’ve gotten used to a lot. Actually, “It’s New York!“ is my usual phrase. (Laughs) I think the biggest culture shock when I moved here was that you can find food from any country, any region, and any culture. I was shocked at how open Americans are to accepting other people’s cultures and other people’s food. When I first moved to Seattle, for example, I never anticipated that sushi had become so normalized, that you’d see it packaged in any supermarket.

Have you tried that pre-packaged sushi?

Of course! We have it in Japan as well. But the pre-packaged sushi here is cold, and I find that the rice is very runny. Japanese pre-packaged sushi mainly consists of nigiri sushi, whereas here it’s mainly rolls; that’s the biggest difference. Plus, to me Japanese pre-packaged sushi is just better quality. Especially in restaurants, sushi in Japan and sushi in America are totally different. In Japan, there’s a common practice for making and eating sushi… There’s a certain expectation in terms of style, ingredients, flavors. But here, there’s no limit! You can fry the sushi rice, you can use fruit — I was really surprised by that idea — you can add spices. At Sushi Nakazawa, I call my style of sushi “New York style.”

How do you interpret New York in your cuisine?

I’ve adjusted my sushi for the New York palate. (Laughs) It’s not really a thing yet, but in my opinion, sushi tends to evolve based on the region and culture where it’s being eaten, so the New York Style simply comes from a place like that. I do feel pressure from this though... I consider myself to be representing Japanese culture in New York. It’s a lot of pressure because if someone comes into the restaurant who is trying sushi for the first time, I don’t want to cause them to dislike it, you know? 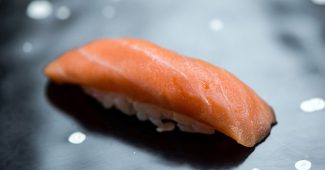 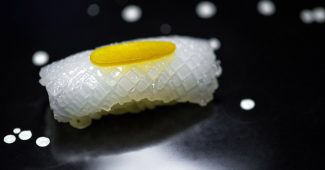 You once said that Americans seem delighted when you serve them fish they are familiar with.

Right. In fact, when I put out a type of fish that no one recognizes, it immediately gets treated as some sort of strange or exotic dish! This means I have to use the more common types of fish like salmon and tuna really well, I have to find a good balance between the familiar and the strange. That’s the only way I can hope to guide and teach my customers towards the greater world of sushi.

The greater world of sushi?

Yes. People don’t often think of it this way, but there are many different levels of formality with sushi, many different ways to consume it. I believe that people should pick sushi that’s right for the moment. There’s sushi that’s been packaged, sushi that’s delivered, sushi even used to be eaten like fast food. Nowadays, sometimes there’s a single roll that can cost $500.

How do you hope that people will eat at Sushi Nakazawa? As fast food? For special occasions? Every day?

I’d like people to come and eat at Sushi Nakazawa for special occasions, maybe even an anniversary — for events that don’t happen every day. Personally, I go only go to sushi restaurants once or twice a month and besides that and, of course, tasting at the restaurant, I don’t eat sushi very often. But that said, I’ve never felt like not wanting to eat sushi. It is a part of my life, you know?