Coco, your art universe includes photography, writing, paintings, installations, and videos. Where does your love of multimedia come from?

Well, I have always enjoyed both writing and the visual worlds of photography and painting. I belong to a generation that is very visual — it’s all about sharing photographs on social media. But I feel like the text somehow gets a little bit forgotten; I would always be writing but I felt that there was a part of myself that was really important that wasn’t present enough in my work. That’s when I decided to start focusing my writing as well, on making it equally present.

Has the Internet always been a part of your life, even growing up in the Spanish countryside?

I mean, that was the only thing for me, you know? Growing up in Southern Spain, I actually felt quite isolated, I had friends in my school but we had really different interests. I wanted to meet other people from other cultures and see how they were, so the Internet became really crucial for me. Early on, I have to acknowledge how much the Internet gave me access to culture in a way that I wouldn’t have had otherwise but now it seems that we have gone to the other extreme.

It’s like visual noise. I write a lot about that, you know, opening Instagram and seeing a hundred images about things that I’m not interested in — they will all somehow have an influence on your life, your work. And I think images are more powerful than people realize. We see images all the time, so much that it’s not even relevant anymore.

How do you think that impacts the fine art world compared to the social media world?

It’s simply the same thing over and over again: I’m bored of seeing ugly images that are not interesting to me. I use Instagram to share my work because I think it’s important that I put it out there, but I want to get my references from more human resources. I want the way in which I consume images to be more organic. It’s the backside of the democracy of the visual image: we are all equals in this system, we are all allowed to share whatever images we want, when we want, to whom we want to. 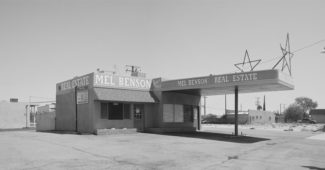 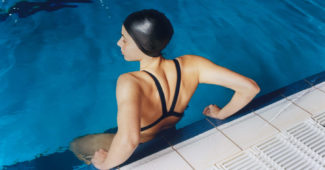 What price do we pay for that right? Does that mean we are losing out on literature or the written word as a result?

For me personally, my main source of reference is still literature or the written word in any form. I re-read a lot of things and I’m always discovering new things. I used to love Roald Dahl and Charles Dickens, for example, and I read Milan Kundera’s Unbearable Lightness of Being when I was really, really young — I don’t know why I was allowed to do that! Then I started to read more heavy stuff as I grew older: Sylvia Plath’s poems, Anais Nin’s diaries, Susan Sontag’s criticism writings. And yes, one of my favorite American contemporary writers is Jeffrey Eugenides — I love Middlesex, it’s such a beautiful book. I think it’s so visual, I would love to make a movie based on this. At the moment I am reading Rainer Maria Rilke’s Letters to a Young Painter, but nowadays, I like to jump from prose, to poetry, to criticism.

Was the idea for your notebook series born from your love of reading?

Yes, I would always carry around these notebooks and at first, I would just write about my day… Sometimes in direct form, but then they started to become more and more abstract.

Alicia Keys said that she writes things down just to get them out of her head, almost to make space.

Right, I would make lists about things that just came into my head. I loved doing that! And then I’d go to writing competitions and write short stories, or these really cheesy poems I would now be completely embarrassed to share.

When did you add visual art to the picture?

I didn’t even start to take pictures or paint until I was much older! Photography to me is more about reality — or editing reality. Painting is completely the opposite, I love it because I don’t have to depend on other people: I can just lock myself in the studio and be painting for hours. I feel my painting is more about my childhood or representing things I cannot really photograph. And my writing I think is about those things I cannot photograph or paint. Sometimes, when I’m asked to take a photograph, I like to write a text which can create an image in my mind of what the photograph should look like.

“Why do they think that what I’m doing has less value? Sometimes I wish there was more flexibility.”

Almost like going from B to A instead of A to B.

I like to be able to make people think differently, to think outside a box. I started as a fashion photographer, and when I went to study for my Masters at the Royal College of Art, I was not treated like a “serious” artist. I would be told my work was still commercial art. It made me think about this a lot: Why do they think that what I’m doing has less value? Is it because it’s in a fashion publication? Does that mean it stands on a lower level? Sometimes I wish there was more flexibility.

How do you grapple with those kinds of elitist opinions?

You know, I can actually sometimes find it inspiring. I think confidence plays a huge role. I just say the things I want to say instead of just repeating the things other people are saying. I want my images to have meaning and I want my work to fit both in commercial art and in the fine art gallery. I enjoy not having to define myself as either of them. I like that challenge.