Mr. Pelli, as the architect of some of the world’s tallest buildings, why do you think humans are so fascinated with reaching for the sky?

People get very excited about very high elements, that’s why Mount Everest is so important — it’s not the most difficult mountain, but it’s the most famous because it’s the tallest. For the Chinese, for example, tall mountains are considered pathways to the sky; they connect heaven with earth. I learned this in a lecture given by a Chinese architect at the Metropolitan Museum on sacred mountains in China. I asked him, “Would a skyscraper qualify as sacred mountain?” And he said, “Yes, if it’s noble and tall.” I appreciated that: there are tall things that are noble, and there are tall shapes that are not noble. And that’s what my interest is, I want to capture the nobility of the tall buildings so that they can share in being sacred elements.

You grew up in Tucuman, Argentina, on the slopes of the Aconquija mountains — perhaps that’s where your interest in reaching the sky comes from.

Maybe. Tucuman is about eight kilometers away from that range of very tall mountains — from the city, we can see a peak that is higher than Mont Blanc, but still these mountains felt more like horizontal elements. The truth is I don't really know where my own interest in tall buildings really comes from. It cannot come from my hometown because there were no tall buildings there! I was amazed when they built the first seven-story building in Tucuman. (Laughs)

“I want to capture the nobility of the tall buildings so that they can share in being sacred elements.”

Do you remember the first time you saw a skyscraper in real life?

I went to Buenos Aires and there is a very beautiful skyscraper there called the Kavanagh Building. It was built in the 1930s, and it’s a very handsome skyscraper, sitting in front of a large green square. That was the first time I saw a very tall building and I admired it greatly, I still do. As a kid, though, I wasn’t thinking about tall buildings myself. I still don’t like tall buildings, tall floors!

Not even the skyscrapers you build yourself?

I’m a bad customer for my own buildings! (Laughs) If I’m choosing an apartment, I choose one about five or six stories high so that I can see the people, the trees, and the world on the street. Beyond that, I lose contact with the ground! I didn’t start getting interested in skyscrapers until I designed one myself.

Growing up in Argentina, when did you become interested in pursuing a career in architecture?

At the time, I had no idea that there was even such a profession as architecture! There were no architects in my town that I knew of. To me, architecture was a discovery I made only later in life, and it was an extraordinary discovery. In Argentina, you have to go from high school to a career directly; there is no liberal arts cycle. I started looking through what the university offered, and I saw this new career, architecture, that I haven’t heard about. I saw what it was all about: all things that I like, drawing, history, design, art — a combination of things that I have always been happy with… So I decided to give it a try and it was extraordinary for me.

That is correct! So, once it became a subject I had to understand or deal with, that’s really when I started digging deeply into the emotional aspects of building tall. I needed to understand the spirit of a tall building, what makes it important, what should I try to achieve in a tall building. It became a very interesting problem, something that I like very much. 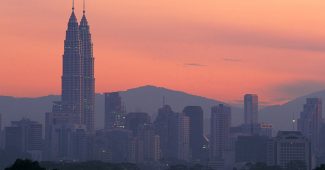 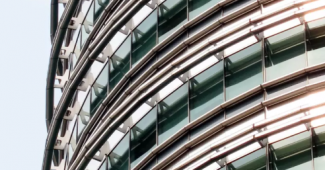 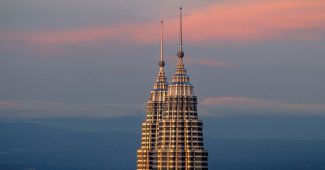 Have you resolved that problem?

Well, I definitely sense that there is an emotional response to the challenge of a tall building. It’s a very emotional thing, I connect with it, I connect with what the buildings are and what the buildings wish to be, what they seek to be. One aspires for the sky, and I understand that, it is so powerful. It cannot be a shaft that is all the same from top to bottom. That is to me a silly building.

In my opinion, a tall building has to have a crown, it has to end on something that suggests that the building is in dialogue with the sky. It has to have a sense of trust — this emotional trust that the building is conveying to us. And how do you express that trust? That is the key to the art of architecture. And indeed, that’s why I think the first few floors at the top of the Chrysler Building are so admired because they have that feeling. So does the Empire State Building, you know, if you ask a child to draw a skyscraper, they’re going to draw something that looks like the Empire State. It’s very powerful, very emotional.

Your Petronas Towers in Kuala Lumpur, which were the world’s tallest buildings until 2004, were inspired by Muslim culture. Is the consideration of culture in which a building is erected also important to that concept of trust?

I think so, yes. Many architects will go to other countries and design an American building, and I believe that is a mistake. One needs to respect the country or the other place, otherwise all of our cities end up looking the same.

Which we are unfortunately already experiencing to a certain degree — 100 years ago, a city in Asia had a very different aesthetic than a European one.

True, we are already suffering that in some ways. The more we uniform anything, the more we lose vitality in our cities. I’m very careful not to do that. The Petronas Towers were more complex because I needed to express emotions in a way that will be understood by Muslims, by people from a different country than mine.

“The more we uniform anything, the more we lose vitality in our cities.”

How did you create that kind of connection?

I needed to dig deeply into Islamic culture, and we tried to capture the feelings of Islamic art. We wanted to transform them into something new, something contemporary. We wanted to make a building that is looking towards the future but with roots in the past — and that was not easy because Malaysia has no tradition of architecture.

Because the buildings there are mostly Colonial ones?

Yes, they’re rather beautiful buildings but ones that the British built there, so the Malaysians have no love for them. So I had to get into the soul of the Malaysians and create it. I think we have achieved this, because Malaysians love the buildings! They are so proud of them. The main thing that we tried to do, that we still try to do, is to make something that I could love, that I could feel deeply, and that other people could also feel. It was not an easy thing to do, but it was unquestionably very rewarding.