Six Senses Resorts makes its North American debut in The XI, the visionary development imagined by Bjarke Ingels. The XI is currently under construction in Manhattan.
Emerging Masters
Rolex is proud to support The Talks’ new interview series about the cultural leaders of the future.

Mr. Ingels, what does the ideal city of the future look like to you?

It’s kind of funny you asked that question! Are you watching Westworld on HBO? It’s a show made by two of my friends, Jona Nolan and Lisa Joy. But I actually helped them just by advising on what a likely future could look like. They recorded season three in 2019 — which is the same year that the first Blade Runner takes place. And we all know that Los Angeles 2019 didn't exactly look like Blade Runner. They were eager to come up with a maybe less dystopian vision of a future, so a lot of the things you’ll see in season three is like… It’s a much more walkable city, it’s a much greener, much more lush city of the future.

We’re already beginning to see that type of city take shape in places like New York, Vienna, and Singapore.

Right, and I think some of the most exciting transformations that have happened in New York over the last two decades is the return of nature. If you look at Tudor City, the buildings along the East River, they're actually facing their back against the river because back then the river was seen as this kind of cesspool of industry. Now as the air has gotten cleaner, we're suddenly re-discovering, “Hey, there's the outdoors, we can have roof gardens and terraces!” When I came to New York 10 years ago to work with the Durst Organization to create VIA, we introduced this idea of a courtyard in a skyscraper. One of the collaborators who we didn’t end up working with was very skeptical. “Why would we want outdoor space? It doesn't count. The tenants are not going to pay for it, so why should we care about it?”

In Scandinavia, too! Even though the weather sucks, it's almost by law that you have to provide an outdoor space for an apartment. And I think you can see the transformation in New York now, even over the last decade, suddenly the outdoor space has been rediscovered. So the most exciting projects are all the parks. I moved there myself because one summer I ended up in the Brooklyn Bridge Park all the time thinking that it was probably one of the loveliest parks of the city! The High Line former train tracks, the Hudson River Park former piers… It’s this kind of transformation of the infrastructure of the industry of the past that is suddenly becoming the bedrock for the social life and the nature of today.

Your buildings have always been concerned with bringing nature and outdoor elements into the city in ways that are often very futuristic, such as CopenHill, a waste-to-energy plant where visitors can ski, hike, and rock climb on its roof.

Yeah. I mean, I think whenever you are making a new project, you are of course imagining and solving and building a fragment of the future. So whenever you're doing that, you have the possibility to push this little part of society, this little part of the city one step closer towards the kind of city we would want to live in. And I think in the case of CopenHill, the miracle is that the technology that we're using inside the power plant makes it the cleanest waste-to-energy power plant in the world, so there are no toxins coming out of the chimney. We’re showing the world that clean technology, clean industry, clean power is not only good for the environment, it's also amazing for the people living around it, or next to it, or in this case, on top of it. It becomes blatantly obvious for everybody that an environmentally progressive future is not only better for the environment, it's also better for the life of the rest of us living with it.

You once said that designing these forward-thinking buildings raises the fundamental question of: “If you can do this, why is everything else simply a box on top of another box?” Does the ambition of designing a unique building mean that the bar is continually raised for you personally?

Yeah, I think one of the ways that you can discover new territory is by demanding more from it. Sometimes when we're starting a project there's some requirements from the client, or rules established by the zoning, there's gravity. To build “the standard solution” in that case is relatively straightforward. But the way we get out of the tyranny of that standard solution is to ask ourselves: “What is the standard solution not doing?” It was like with our new buildings in New York called The XI, where we could easily have made two towers, one has views of the High Line and the other one has views of the river, done. Next. But if the two towers pay attention to each other and to their surroundings, if they go out of their way to open up or pull back, then suddenly we can create more. Sometimes you can actually make it easier to do something exciting by making the problem more difficult to solve. 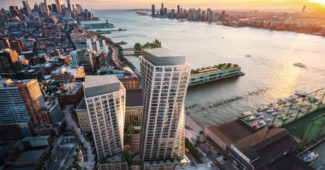 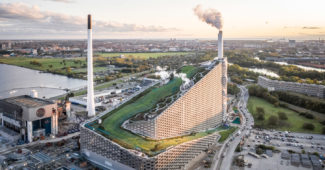 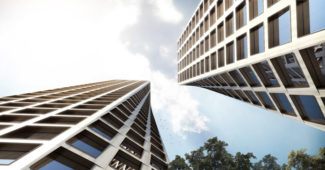 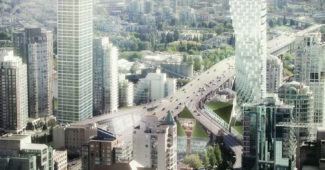 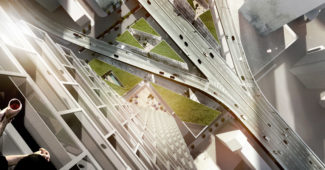 Okay, so for example, you have the flight or fight response, right? And normally you would associate innovation and pioneering with fight; that you stand your ground and plow through and persevere. But often I've found actually that flight sometimes is the greatest source of innovation. When the road you normally take is blocked for whatever reason and you can't plow through, you have to go around it and you find yourself discovering new territory. Sometimes the best way to come up with something unexpected and innovative and exciting is to simply prohibit what you normally do or to stop yourself from going the way that you normally go.

So what kind of exciting and innovative ideas are you most looking forward to achieving with the advance of technology?

I think that the arrival of urban integrated agriculture is going to transform the look and feel of our cities. So imagine normally when you arrive at a city, you drive from the airport through this kind of industrial wasteland. I imagine that will slowly become more like a crystal city — it may still contain this industrial landscape but it might be wrapped in a kind of crystal skin of combined photovoltaics and greenhouses. We're doing a project in Vancouver for a company called Creative Energy that is essentially a biofuel cogeneration plant. But we've wrapped it in greenhouses so that it's a very clean power plant, and the little CO2 that is part of the byproduct is funneled through pipes and fed to the plants.

Obviously a lot of these more advanced ideas require not only a collaborator that's willing to take the risk but also of course, the funding. Do you think that that puts architects in a unique place of privilege?

Sure, I think part of the job of the architect is to of course question the status quo and to also find examples where that which is the most ecologically beneficial is also the most economically beneficial. At the end of the day, out of necessity, a lot of decisions are made based on their economic feasibility, profitability, cost, whatever, for very good reasons — once you run out of resources, then nothing is going to happen. So we somehow have to find ways to align the economical with the ecological. It just so happens that those two words are almost oxymorons, you would think if it’s ecological, it’s more expensive.

“I think as architects, we have a responsibility to show concrete examples where ecology and economy combine successfully.”

Or if it’s profitable or cost-effective, then it’s bad for the environment.

Exactly, but ecology and economy are two sides of the same coin. If you want long term sustainable economic and ecological development, it cannot be one or the other because that which is economically unsustainable is going to run out of funds, and then it's going to have to get the money from somewhere, through a charity or taxation or something that is obviously economically sustainable. But at the same time, any economic development that is based on the depreciation or exhaustion of our natural environment and resources is also bound to fail. I think as architects, we have a responsibility to show concrete examples where these two things combine successfully.

Do you think those types of architectural innovations are going to become more commonplace in the future?

Well, one of my favorite authors, William Gibson — he's one of the grandfathers of cyberpunk — he has this beautiful quote where he says, "The future is already here, it's just not very evenly distributed." And I think this is incredibly true that a lot of the things that are going to shape our world in the future. The things that are going to constitute our world in the future, we're actually giving form to them right now.

Emerging Masters
Rolex is proud to support The Talks’ new interview series about the cultural leaders of the future.
Six Senses Resorts makes its North American debut in The XI, the visionary development imagined by Bjarke Ingels. The XI is currently under construction in Manhattan.
Life
World Guide