The Power of the Dog, Jane Campion's Oscar nominated drama, is available on Netflix now.
Emerging Masters
Rolex is proud to support The Talks’ new interview series about the cultural leaders of the future.

Ms. Wegner, as a cinematographer, what kind of rituals do you practice in terms of how you imagine what a film will look like?

Of course the script is really the original embryo, the origin of everything. But from very early on, I’m always trying to imagine myself as someone watching this film. One kind of ritual that I guess I do is more of a meditation: I close my eyes, and really try and “watch” the film before we've made it, you know, just clear your mind completely and try and envision it. Watch the car go across the frame, watch the actor walk up to the house and watch the close up of their face kind of in my mind's eye; how it feels, what's the information I get from that, what are the thoughts that come to my mind or the questions I might be thinking.

What questions typically come up?

Well, for example, if we see a car driving, that's not a modern car, so maybe we're in a period movie. This girl getting out of the car, who is she? Maybe she's the main character. She looks young, her clothes look like the same time period as the car. You’re seeing all the information that's coming from each of those frames, and deciding whether you need to add more cues, raise more questions, or where you might get bored or where the same information is being told too much or not enough. You’re trying to experience the viewer’s experience.

“The joy of my job is finding visual ideas that work within the constraints of the film, and that can be very liberating.”

On the film Zola, you shot in 16 millimeter and also on a GoPro, while for The Power of the Dog, there was a lot of handheld work. How are you planning those storytelling decisions?

It's very organic. I’m not sure how you'd call it. Magic seems too much like it’s out of my hands. But it’s almost impossible to go into a film planning how you're going to shoot it because you're working with the director who's a real person, and you're working with a story in a place that you maybe haven’t been to before. I've kind of given up on trying to plan ahead in that way. You just have to be attuned to what's needed for this particular film. It's really like wiping the slate clean from the last project, and then you start another one and try and bring the best of what you've learnt, and set aside anything else. The joy of my job is finding visual ideas that work within the constraints of the film, and that can be very liberating as well! When you only have a certain amount of time here, or you can only spend X amount of money, or we can't afford this type of gear, then you really have to get creative around those limitations.

Apparently for The Power of the Dog, the opposite was true: you had a full year to plan and prep for the actual shooting. How did that change things?

Something really interesting happens when you have that kind of time, Jane Campion, who directed the film, calls it marinating. I mean, for every film, I always try to understand as much as I can about the time and place in which it’s going to take place, and some of that does naturally happen by osmosis. But when you have that time, rather than, for example, just learning from the art department or gleaning the bare essentials about things like cars or architecture or props, it’s a much deeper understanding of the film’s world.

Did that also give you more time to try out ideas, for example, with things like lighting, which was really crucial to the look of that film?

Well, light is very predictable, so with every film you get a deeper understanding of light. You need to kind of become a detective in finding out where it will go. You try it out and see, is it gonna work like you imagined? Imagine if you’re cooking and you made this incredible dish, but then you can't ever replicate it if you didn't know how that happened. You need to understand how it came to be, so that you're not relying on chance the next time. In order to execute your creative idea, you really need to understand the physics behind it. 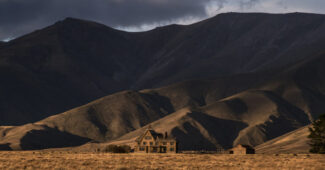 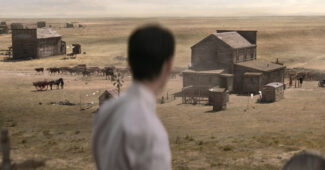 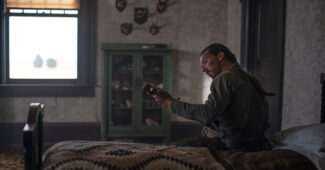 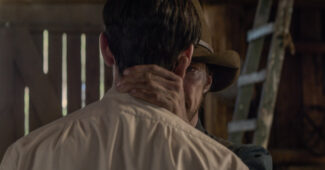 Are you ever able to get completely immersed in a scene when you have to be thinking about all these different elements?

Oh, definitely! Especially when you're operating the camera. It doesn't take much to be like drawn into it. You're tapping into a gut instinct and a connection with someone to move with them… You have to be emotionally connected in order for the camera to move in that way. We did some really tight work on Phil Burbank in The Power of the Dog; there's a scene where he's in bed and you can see the emotion in his eyes and his mouth… It's really following a kind of curiosity: I wonder what the mouth is doing, so you have a look there, and then just knowing how long to stay there. It’s a really connected experience.

That sounded very intimate, the way you just described it.

It is! It's really intimate because over a series of months, you’re watching someone's face and body so closely. The only other place you see that kind of intimacy model is, like, a parent and child, or with someone that you're in an intimate relationship with. Your face is so close and you really get to know how their eyelashes looks, you know their what skin texture is at this point, you know how the fingernail is… Those are the kind of details that are really mostly reserved for very, very close relationships. It’s almost a protective, maternal attachment of wanting good things for this person, who is both a character and an actor. It's very strange. There’s a real emotional involvement in this job.

We often hear about directors and actors describing filmmaking as an expression of their soul — is that how it feels for you too?

For me, the lines are very porous in terms of ideas and creativity. With filmmaking, it’s so interconnected, and I don’t necessarily feel ownership over any one idea. The edges are so blurry because it’s such a creative job in so many ways: getting to understand the director and how they want it shot, what the rhythm of the set is, meeting and choosing the crew… It’s all of that, plus how my creativity can be at its best to shape those things. It also transcends photography, it’s visually so creative and that is really satisfying as well.

“There is something so magical about what a screen does. You’re just watching this rectangle, and you almost go into another place, it’s like time travel.”

Growing up, you were interested in both photography and writing. Do you feel like film is the ultimate meeting point of all the art forms that you love?

Yeah, absolutely. It's such a unique medium, because it's visual storytelling. There is something so magical about what a screen does, you know, you’re just watching this rectangle, and you almost go into another place, it’s like time travel. Plenty of times when I'm watching a film, if it’s working, I really forget that I'm in a room, that I have a body, that I have a to do list… I forget everything and I'm just really watching. It’s wild because you're watching characters who you suddenly become so invested in even though half an hour ago, you'd never heard of them; you're really physically feeling for them, you have hopes for them and fears for them. It is such a magical and weirdly human experience that is universal, but also completely personal. As filmmakers, you're really crafting an incredible journey.

It’s a journey for you as well — you once talked about how film is such a big commitment and takes up so much mental energy that you really have to love a script in order to want to spend that much time on it.

Yeah, I mean, for me at least, I can't fake that kind thing. It’s my worst nightmare to have fake something at the start because eventually it's gonna show. Like in any relationship, there's going to be a moment where it really challenges you, where you’re at your limit… But if that deep love is really there, you're not going to abandon it. You are going to give your all to it! Just because you love your job, doesn't mean that it's not also difficult or exhausting. It can take a toll on your physical body, your mental body, your relationships, everything. I guess that that’s why it's important for me to choose projects I really am in love with, because there will be some parts of my life that do necessarily have to suffer because of it… But it’s also amazing, and I feel very, very lucky to love what I do.

Emerging Masters
Rolex is proud to support The Talks’ new interview series about the cultural leaders of the future.
The Power of the Dog, Jane Campion's Oscar nominated drama, is available on Netflix now.
Life